A team of researchers at the IRCM, led by Dr. Javier M. Di Noia in the Immunity and Viral Infections research division, discovered a novel research model for the study of auto-immune diseases. The Montréal scientists are the first to find a way to separate two important mechanisms that improve the quality of antibodies. This study was featured in a recent issue of The Journal of Immunology.

Dr. Di Noia’s team studies B cells, a group of white blood cells known as lymphocytes whose main function is to produce antibodies to fight against antigens. Antibodies are proteins used by the immune system to identify and neutralize foreign objects (antigens), such as bacteria and viruses, by precisely binding to them, thus making them an essential part of the immune system. Antibodies can come in different varieties (or classes), which perform different roles and adapt the immune response to eliminate each different toxin or pathogen they encounter. The body’s great diversity of antibodies therefore allows the immune system to specifically neutralize an equally wide variety of antigens.

“Our project focused on two mechanisms that produce this wide variety of antibodies,” says Dr. Di Noia, Director of the Mechanisms of Genetic Diversity research unit at the IRCM. “Because both processes are initiated by the same enzyme known as AID (activation-induced deaminase), it had previously been very difficult to study them separately. We were able to identify, for the first time, a mouse model in which the mechanisms could be analyzed independently during an acute immune response.” 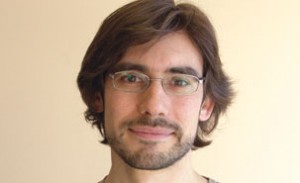 The two mechanisms in question are known as class switching and affinity maturation. Class switching is the process that allows a B cell to produce different classes of antibodies, so that a single antibody can be used by several different parts of the immune system. Affinity maturation, on the other hand, is the process by which B cells produce antibodies with increasingly stronger bonds to antigens during an immune response.

“Since eliminating AID would in turn completely eliminate affinity maturation and class switching, we focused on an enzyme called UNG, which is also involved in both processes,” adds Astrid Zahn, research associate in Dr. Di Noia’s laboratory and first author of the study. “When we analyzed mice lacking the UNG gene, we found that affinity maturation was normal but class switching was strongly reduced during acute immune responses, such as the response to immunization and against a viral infection.”

“While over 100 AID-deficient patients have been identified, it is striking that only a handful of patients are known to be UNG-deficient,” explains Dr. Zahn. “Our study, which shows that chronic antibody responses (those to environmental antigens) remain nearly normal without UNG, can explain why most UNG-deficient individuals are not detected among immunodeficient patients. Nevertheless, because we also found that acute antibody responses were significantly affected, we suspect that UNG-deficient people will, for example, respond very poorly to vaccination. In addition, as this work was conducted as part of a larger ongoing investigation of the complex relationship between AID and UNG, we believe that UNG might possibly act as a tumour-suppressor in B-cell lymphomas.”

“Until now, it was difficult to study the relative importance of class switching and affinity maturation, and the impact of these two mechanisms on immune responses,” concludes Dr. Di Noia. “Our study provides a novel model to study the contribution of these mechanisms in certain auto-immune diseases such as lupus and rheumatoid arthritis, or some infections like influenza.” /2

About the research project

This research project was conducted at the IRCM by Astrid Zahn, Shiva Safavi and David Godin in Dr. Javier M. Di Noia’s laboratory, in collaboration with Dr. Cheolho Cheong (Director of the Cellular Physiology and Immunology research unit at the IRCM) and Dr. Alain Lamarre’s team at the INRS-Institut Armand-Frappier. The research project in Dr. Di Noia’s laboratory was funded by the Canadian Cancer Society and the Canada Research Chairs program.

For more information, please refer to the article summary published online by The Journal of Immunology: https://www.jimmunol.org/content/190/12/5949.abstract.

Javier Marcelo Di Noia obtained a PhD in biochemistry from the University of Buenos Aires in Argentina. He is Associate IRCM Research Professor and Director of the Mechanisms of Genetic Diversity research unit. Dr. Di Noia is also assistant research professor in the Department of Medicine (accreditation in biochemistry, and microbiology and immunology) at the Université de Montréal, and adjunct professor in the Department of Medicine (Division of Experimental Medicine) at McGill University. He holds the Canada Research Chair in Genetic Diversity. For more information, visit www.ircm.qc.ca/dinoia.