COLUMBUS, Ohio – A new study provides the best evidence to date that higher levels of income inequality in the United States actually lead to more deaths in the country over a period of years.

The findings suggest that income inequality at any one point doesn’t work instantaneously – it begins increasing mortality rates 5 years later, and its influence peaks after 7 years, before fading after 12 years.

“This finding is striking and it supports the argument that income inequality is a public health concern,” said Hui Zheng, author of the study and assistant professor of sociology at Ohio State University.

The study appears online in the journal Social Science and Medicine and will be published in a future print edition. 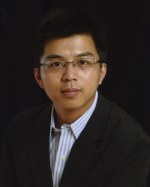 Many other studies have examined the impact of income inequality on mortality and have come up with mixed results, according to Zheng. But he thinks that this study overcomes problems in previous research by using a different data structure and statistical model (called a discrete-time hazard model).

The Gini coefficient ranges in value from 0 (indicating complete equality, with everyone earning the same income) to 1 (complete inequality, with one person earning all income).

In this study, Zheng found that a 0.01 rise in the Gini coefficient increases the cumulative odds of death by 122 percent in the following 12 years. This is after taking into account a wide variety of factors that may also influence mortality, including a person’s age, gender, race, marital status, education, work status and family income.

“Income inequality has a substantial effect on mortality,” he said.

In this study, Zheng was able to look at deaths in a particular year and control for income inequality for each of up to 21 years preceding the death.

Other scholars have hypothesized why income inequality may lead to higher death rates. One reason may be that, in countries with rising income inequality, the interests of the wealthy tend to diverge from the rest of society. The wealthiest people may push government for more services for themselves, rather than invest in public goods like education or affordable medical services – services that can affect health for the majority of people.

In addition, inequality reduces social cohesion and trust, which studies suggest is important to individual health.

Finally, inequality may create a culture of upward comparison, where many people see the lifestyles of the rich and feel they can’t live up to expectations. That can lead to negative views of themselves, frustration and depression, which have been linked to sickness and mortality.

“None of these negative factors caused by income inequality will have an immediate effect on chronic illness and mortality,” Zheng said.

“But over time they take a toll on health, which can eventually lead to sickness and death. That’s why this study found that it takes 5 years for the effects of income inequality to appear.”

“The evidence is growing clearer that income inequality has a long-term detrimental impact on individual health and mortality,” he said.