EAST LANSING, Mich. — New research out of Michigan State University reveals female athletes and younger athletes take longer to recover from concussions, findings that call for physicians and athletic trainers to take sex and age into account when dealing with the injury.

Additionally, high school athletes performed worse than college athletes on verbal and visual memory tests, and some of the younger athletes still were impaired up to two weeks after their injuries. 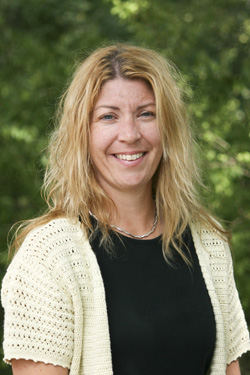 “While previous research suggests younger athletes and females may take longer to recover from a concussion, little was known about the interactive effects of age and sex on symptoms, cognitive testing and postural stability,” said Covassin, a certified athletic trainer at MSU.

“This study confirms that age and sex have an impact on recovery, and future research should focus on developing treatments tailored to those differences.”

The research funded by a two-year grant from the National Operating Committee on Standards for Athletic Equipment, appears in the current edition of the American Journal of Sports Medicine.

Between 2001 and 2005, federal statistics reveal more than 150,000 sport-related concussions occurred among youth ages 14 to 19. However, the actual number is likely much higher, as current statistics reflects only concussions that involved visits to the emergency departments.

The study led by Covassin looked at nearly 300 concussed athletes from multiple states over two years. All of the athletes had previously completed a baseline test before taking three different postconcussion tests, the same ones used in professional sports, after being injured.

When it comes to sex differences, Covassin – who has worked with thousands of young athletes across mid-Michigan since coming to MSU in 2005 – said what often is needed most is simple education.

“We need to raise awareness that yes, female athletes do get concussions,” she said. “Too often, when we speak with parents and coaches, they overlook the fact that in comparable sports, females are concussed more than males.”

Coupled with the fact that high school athletes take longer to recover than collegiate athletes, Covassin said the study reveals a real potential danger to younger athletes by not fully recovering after a concussion.

“Younger athletes appear more at risk for second-impact syndrome, where a second concussion can come with more severe symptoms,” she said. “While it is rare, there is a serious risk for brain damage, and the risk is heightened when athletes are coming back before they heal.”

The next steps, Covassin said, are to investigate sex and age differences at the youth sport level and whether treatment options needed to be tailored for an athlete’s age.

“If we can develop treatments that speak directly to sex and age, I think we can better protect athletes from the long-term side effects of concussions,” she said.

The full article appears at https://bit.ly/IN4Yc4.