An image taken by UA astrophotographer Adam Block, chosen by NASA as Astronomy Picture of the Day, brings us the best yet glimpse into a stellar nursery about 450 light years away from Earth.

An image of a stellar nursery about 450 light years away featured as NASA’s Astronomy Picture of the Day on Dec. 8 reveals the beauty and violent story of Sh2-239, a region where stars are being born and ignite the cosmic dust with their new-found energy.

According to University of Arizona astrophotographer Adam Block, who captured the image, it is one of the most detailed and visually appealing pictures obtained of the object, which astronomers have observed and studied for decades. 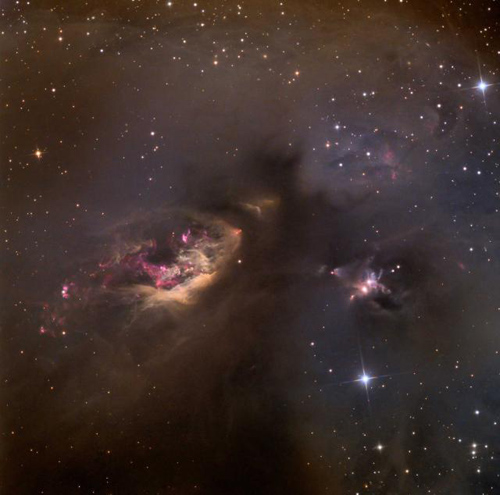 “I am especially excited about because I consider it the best image we have been able to produce since the installation of the Schulman telescope at the Mount Lemmon SkyCenter,” Block said. “Sh2-239 is my favorite object because although it is a well-studied nebula, not even professional astronomers have seen it in such detail and in the visible light.” 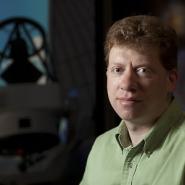 Usually, astronomers don’t get to see their objects in the full color spectrum as the human eye would see it. If your eyes were as sensitive as the camera used by Block and you exposed them to the object for the same amount of time, the image is as close as it gets to looking at the majestic nebula through the window of an imaginary spaceship cruising through the black void.

Block composed the image from observations over many nights. Remarkably, the entire process was done from afar. Operating the 32-inch Schulman telescope remotely from a base station in Tucson, he exposed the telescope’s camera for a total of 15 hours, using red, green and blue filters to capture the detail, color and luminosity of the image.

Specialized software, using stars as visual guideposts, ensured each image was aligned correctly to compose the final photograph, which took another five hours to process. 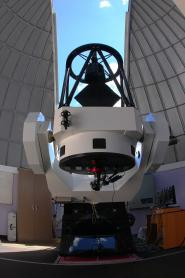 Arizona's largest public-only telescope, the Schulman Telescope forms the centerpiece of the UA SkyCenter's successful public outreach programs drawing visitors from all over the country to the clear skies atop Mt. Lemmon. Image credit: University of Arizona

“We can open and close the observatory, rotate the dome, move the telescope around, change filters – everything we would do up there we can do remotely,” Block said, adding that the energy and work required to equip the Schulman telescope with that capability have made images like this one even more special to him.

“Sh2-239 is my kind of object, because we get to show something others have never seen before. It’s great to share views of the universe like this one.”