*A new study of health insurance in nine Chinese provinces shows that individual coverage surged within a two-year time frame, from 2004-2006, coinciding with new government interventions designed to improve access to health care. The changes were most dramatic in rural areas.*

PROVIDENCE, R.I. [Brown University] — Health care coverage increased dramatically in parts of China between 1997 and 2006, a period when government interventions were implemented to improve access to health care, with particularly striking upswings in rural areas, according to new research by Brown University sociologist Susan E. Short and Hongwei Xu of the University of Michigan. The findings appear in the December issue of Health Affairs.

Led by Xu, a former Brown graduate student, the study analyzed data from the China Health and Nutrition Survey, which follows households in nine provinces that are home to more than 40 percent of China’s population. Xu and Short specifically focused on patterns of coverage among rural and urban residents.

Their analysis shows that overall, the percentage of individuals in the sample with insurance increased from 24 percent in 1997 to 28 percent in 2004, then rose sharply to 49 percent in 2006. Furthermore, during that period, rural and urban levels of insurance coverage became more similar. Xu and Short call the increase in rural areas “nothing short of dramatic,” saying that it likely benefited millions of rural Chinese residents.

Trendlines for Chinese health insurance The predicted probability of having health insurance improved between 2004 and 2006 for all locations in nine Chinese provinces studied, but rural villages showed the most dramatic gains. (Source: China Health and Nutrition Survey) Image credit: Short and Xu/Brown University

“There’s been great concern about increasing inequality in China, and particularly urban-rural inequalities,” said Short, professor of sociology and faculty associate of Brown’s Population Studies and Training Center. “This work shows that at least in one sphere — health insurance coverage — urban-rural inequality may be decreasing.”

The analysis revealed that levels and trends of health care coverage were significantly different depending on whether the individuals lived in urban or rural areas. In villages, the coverage rates declined from 1997 to 2000, while rates changed little in suburbs, cities, and towns during the same period. Notably, during that time, the government’s efforts to establish a new rural insurance program was limited to a few pilot rural counties and did not include financial subsidies for the rural population.

However, after 2000, the coverage rate in villages began to rise, almost tripling between 2004 and 2006, from 17.9 percent to 51 percent. Rates also rose significantly in towns and suburbs during that time frame, but changed only modestly in cities. The dramatic rise in rural coverage rates coincided with the efforts to develop new insurance programs and provide increased subsidies for rural participants. 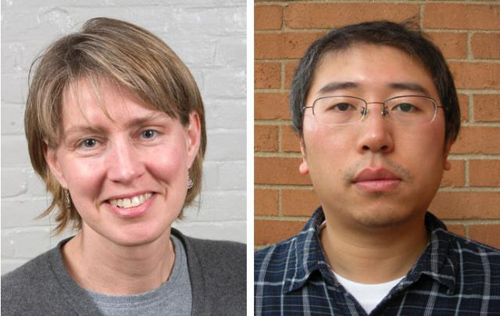 Short was surprised by the magnitude of change in rural villages. “It is especially impressive to see this pattern in data such as these, that follow the same individuals over time,” she said. “We are witnessing real change in many people’s lives in the way that urban, and especially rural, individuals experience health insurance coverage.”

While the analysis shows higher rates of individual coverage, it also suggests that disparities may persist in the quality of insurance. Xu and Short found that residents of cities, suburbs, and towns experienced higher reimbursement rates for outpatient and inpatient care than insured villagers, indicating that insured urban residents continue to have an advantage over insured rural residents. However, the authors state that these results should be interpreted with caution due to incomplete self-reported reimbursement rates.

“The findings from this research highlight the recovery in health insurance coverage in general — and more importantly the significant reduction in the rural-urban inequality in the coverage in particular — largely due to the great efforts by the Chinese government, in a quite short time period,” said Xu, a faculty fellow at the Survey Research Center, Institute for Social Research at Michigan. “On the other hand, the suggestive finding of continued rural disadvantage in terms of health insurance benefits suggests we should not overestimate the success of the policy interventions.”

Xu and Short hope that the study will further inform understanding as China strives to improve health insurance coverage for its citizens.

“The changing landscape of health and and health care in China, which is unfolding against a backdrop of rapid economic growth and growing inequalities, makes health insurance an important issue,” Short said. “All families want to promote the best health they can for their loved ones. Understanding the changing landscape of health insurance is important to understanding how families accomplish this as well as the challenges that some face.”

The research was supported in part by the Population Studies and Training Center at Brown University. The PSTC receives core support from Eunice Kennedy Shriver National Institute of Child Health and Human Development.