*Pikaia is most primitive vertebrate known*

Researchers from the University of Toronto, the Royal Ontario Museum (ROM) and the University of Cambridge have confirmed that a 505 million-year-old creature, found only in the Burgess Shale fossil beds in Canada’s Yoho National Park, is the most primitive known vertebrate and therefore the ancestor of all descendant vertebrates, including humans.

The research team’s analysis proves the extinct Pikaia gracilens is the most primitive member of the chordate family, the group of animals that today includes fish, amphibians, birds, reptiles and mammals. Their study is based on the analysis of 114 specimens and is published in the British scientific journal Biological Reviews.

Pikaia was first described, on the basis of only a few specimens, by American palaeontologist Charles Doolittle Walcott in 1911 as a possible annelid worm, a group that includes today’s leeches and earthworms. However, scientists have long speculated that Pikaia was a chordate because it appeared to have a very primitive notochord – a flexible rod found in the embryos of all chordates – which goes on to make up part of the backbone in vertebrates. 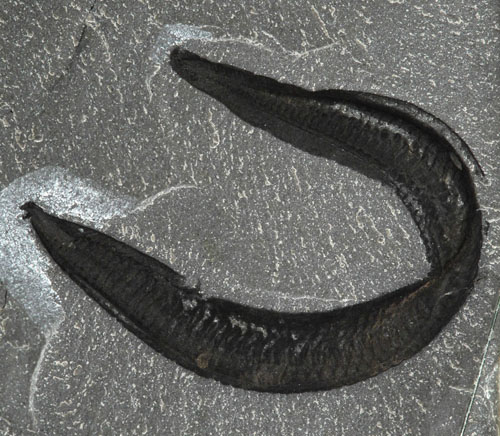 “Our analysis provides evidence that Pikaia indeed had a notochord,” said co-author of the study Jean-Bernard Caron, an assistant professor of ecology and evolutionary biology at U of T and curator of invertebrate palaeontology at the ROM. A nerve cord and vascular system were also identified in their study. “But the real excitement was finding extensive myomeres, the blocks of skeletal muscle tissue that are characteristic of chordates.”

“The discovery of myomeres is the smoking gun that we have long been seeking,” said the study’s lead author, Professor Simon Conway Morris of the University of Cambridge. “Now with myomeres, a nerve chord, a notochord and a vascular system all identified, this study clearly places Pikaia as the planet’s most primitive chordate. So, next time we put the family photograph on the mantle-piece, there in the background will be Pikaia.”

Averaging about five centimetres in length, Pikaia was a sideways-flattened, somewhat eel-like animal. The flattened body is divided into a series of segmented muscle blocks seen as S-shaped lines that lie on either side of the notochord ,which runs along most, if not all, of the body length. It likely swam above the sea by moving its body in a series of side-to-side curves.

The Burgess Shale is famous for its weird and wonderful fossils of marine organisms. The site provides vital information about evolution during the Cambrian explosion, a period over half a billion years ago that was characterized by the appearance of a vast diversity of animals over a short period of time. 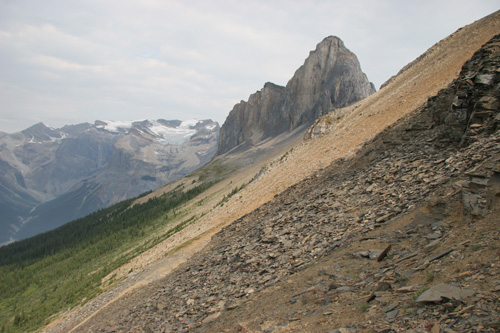 The study examined 114 Pikaia fossils using a range of imagery techniques, including scanning electron microscopy, to reveal fine details. The bulk of the specimens are held in trust for Parks Canada at the ROM while nearly all the remainder are housed in the National Museum of Natural History, part of the Smithsonian Institution in Washington, D.C.

“It’s very humbling to know that swans, snakes, bears, zebras and, incredibly, humans all share a deep history with this tiny creature no longer than my thumb,” said Caron.

“Fossils of primitive chordates are incredibly rare. With no backbones or other mineralized elements, Pikaia would stand no chance of preservation in normal conditions outside exceptional sites like the Burgess Shale. We hope that, with continuing explorations and field work studies there, other species will be discovered allowing us to refine our understanding of the early history of our own group.”

The confirmation of Pikaia as a chordate is the latest in a recent string of Burgess Shale discoveries. In November 2011, evidence of fossilized tracks of a large predator known as Tegopelte were published, and in January 2012 a bizarre tulip-shaped creature named Siphusauctum was described for the very first time.