A study released today by Microsoft and the International Data Corporation (IDC) shows that millions of cloud-related IT jobs are sitting open and millions more will open up in the next two years due to a shortage in cloud-certified IT workers.

REDMOND, Wash. – Dec. 19, 2012 – The information technology forecast for the next two years calls for increasing cloudiness – cloud computing job opportunities, that is.

One in four IT positions worldwide is currently unfilled, and 28 percent of those are cloud-related, according to research [1] released today by the International Data Corporation (IDC). The research also shows that an estimated 1.7 million cloud-related IT jobs are open worldwide right now, and there will be as many as 7 million cloud computing jobs available by 2015.

“This says something about the worldwide IT economy that’s really interesting,” said Cushing Anderson, vice president of IDC. “There are a lot of positions available, up to 1.7 million jobs worldwide, and there are far fewer than 1.7 million people who are currently skilled to take these positions.”

Microsoft commissioned the study by IDC, and the global IT research firm interviewed more than 600 hiring managers around the globe to investigate how cloud computing will change IT employment worldwide. 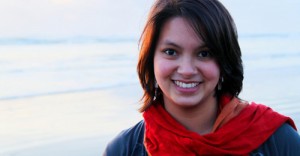 “Unlike IT skill shortages in the past, solving this skills gap is extremely challenging, given that cloud brings a new set of skills, which haven’t been needed in the past,” Anderson said. “There is no one-size-fits-all set of criteria for jobs in cloud computing. Therefore, training and certification is essential for preparing prospective job candidates to work in cloud-related jobs.”

The study found that businesses from around the globe have common questions and concerns about cloud computing, whether it’s how companies manage their security and data control in the cloud, or how they’ll find qualified cloud-trained workers.

Lutz Ziob, general manager of Microsoft’s training and certification organization, Microsoft Learning, said the results of the study didn’t surprise him that much. However, it did re-emphasize the need for businesses and job-seekers alike to invest in IT skills, and in particular cloud-computing skills, to meet the increasing demands.

For 20 years, Microsoft Learning has provided training and certification for all of its technology products via classroom and online courses and exams. Microsoft has more than 20,000 certified trainers around the world, he said.

“That is by far the biggest ecosystem of IT trainers in the world standing by to help teach those skills,” Ziob said. “We have to work together to close the skills gap, but I’m confident we will.”

‘An Explosion of Data’

Adina Mangubat, CEO of the Seattle-based Spiral Genetics, is an example. Spiral Genetics uses cloud computing as its only platform to do DNA sequencing for a wide variety of applications – from pediatric cancer to breeds of corn – more simply and affordably. When the company was founded in 2009, the cost of sequencing a human genome was up to US$100,000 and could take about a month.

“Now we can do a whole genome in a day for a couple of thousand dollars,” Mangubat said. “Because of this you’re seeing an explosion of data. Researchers really, really need high-performance, scalable, fast analysis tools.” 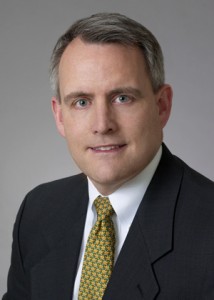 Cushing Anderson, vice president of IDC, says his firm’s recent study shows there are far more IT jobs available than there are cloud-skilled workers to fill them. Image credit: Microsoft

There is a need for such tools, and also employees skilled in using them. Mangubat hasn’t found many cloud-ready job candidates, and has instead opted to hire employees who are a good fit first and then invest in cloud-training them.

“At this point, universities have to produce people who understand the cloud,” she said. “I think we’re seeing a shift for almost everybody. No matter what field you’re in, biology or art history, you’re going to have to understand how cloud computing works. I think we’re going to see every industry dealing with data.”

“The cloud is going to touch almost every component and every area of IT, “Anderson said. “There’s no obsolete IT technology, but everyone’s IT skills are going to need to be updated in order to work in a cloud environment.”

To address the immediate shortage of cloud-certified job candidates worldwide, Anderson said he encourages businesses to do just what Mangubat does – to find great employees, and to invest in cloud training for them.

“As opposed to leaving a position open for a year and waiting for a perfect set of skills, hire someone with potential and train them,” Anderson said.

The Jobs of Tomorrow

The shortage of cloud-savvy job candidates is one of the biggest challenges for companies worldwide. From the business’s point of view, hiring managers are looking for job candidates that have proven certifications.

Which means from a job candidate’s point of view, spending time and money on training could put them in a much better position for cloud-related IT jobs, Anderson said.

Not only is the skills gap a problem for businesses, it’s a problem for the growth of cloud computing as a platform. That was one of the key reasons why Microsoft Learning updated its entire certification program in April, so that every technology certification is relevant for cloud-related jobs.

“That’s going to be the gating factor for cloud adoption – availability of skilled staff, and the ability of an IT organization to train staff to get good at this,” Cushing said. “Clearly there’s not enough experienced staff out there.”

To wit, Microsoft has a “rich, robust” offering of hands-on learning materials, Ziob said, much of which is available free online from the Microsoft Virtual Academy.

“This skillset exists,” Ziob said. “It’s real, and Microsoft IT Academy gives students the skills and certifications they need to be ready for cloud-related jobs and careers.” 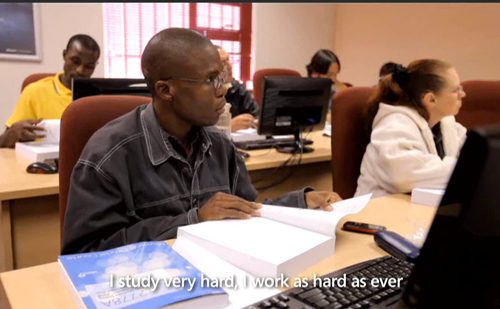 South African Goodwill Kwenza Khuzwayo was born into poverty, but had long dreamed of working with computers. His dream got a boost when he won a radio contest that helped pay for technology training; he now works in IT. Image credit: Microsoft

Such classes include Administering Office 365 for Small Businesses, Introduction to the Public and Private Cloud, Upgrading Your Skills to Windows 8, and many more.

“Our goal is to continue to prepare students today for the jobs of tomorrow, and empower them to develop their skills as future IT experts, innovators, software developers, and beyond,” Ziob said.

When it comes to pursuing technology training, Goodwill Kwenza Khuzwayo is as persistent as they come.

He was born into poverty, and though the South African had long been fascinated with technology, earning an income to support himself and his family took priority over education and training. A few years ago he moved to a “shack” in Johannesburg in the hopes of finally becoming trained IT worker, but soon after he was in a taxi accident that left him disabled and reliant on crutches.

“As I am always positive and had to be for the sake of my new family, I did not give up,” he said.

Still, he was working at a pool company in the suburbs, earning a low salary and with no opportunity for advancement. Three years ago, his best friend Nikki Barnard did something that would change his life – she entered him in a radio station’s Christmas wish list competition, his wish being to study IT, and he won. A transport company sponsored Khuzwayo’s studies, and though his education was anything but smooth sailing, he is now a Microsoft Certified IT Professional.

“Not even one month after completing my Microsoft Certification, I got hired by the South African Electronic Toll Gates Agency and was placed in their IT department,” he said. “My dream and goal is to gain some much needed work place experience and work my way up to become an enterprise administrator.”

Microsoft will play a central role in the cloud revolution, not only because of its technology, but because of its potential to help reduce the shortage of cloud-trained workers and therefore speed up the worldwide adoption of cloud computing as a platform, Anderson said.

“I think Microsoft is at the front edge at recognizing how cloud computing will change IT organizations,” Anderson said.