On a long spaceflight unique conditions including microgravity could give microbes the upper hand, but not if astronauts and their spacecrafts are properly prepared. In a new paper, infectious disease expert Dr. Leonard Mermel brings together a broad base of research to come up with specific recommendations for keeping astronauts safe in deep space.

PROVIDENCE, R.I. [Brown University] — The cabin of a spacecraft halfway to Mars would be the least convenient place — one cannot say “on earth” — for a Salmonella or Pneumococcus outbreak, but a wide-ranging new paper suggests that microgravity and prolonged space flight could give unique advantages to germs. What’s a space agency to do? Brown University and Rhode Island Hospital infectious disease expert Dr. Leonard Mermel offers several ideas.

And no, they are not to add more Vitamin C to the Tang, or to give each crew member a bottle of Purell. It’s a lot more complicated than that.

“I’ve been involved for two decades with trying to prevent infections in the intensive care unit and general hospital settings and I’ve been involved with national and international guidelines, but there are a lot of constraints in space I had never thought of before,” said Mermel, who began investigating the infectious disease implications of space flight when he was invited to speak at a NASA-Johnson Space Center symposium in April 2011.

In all, he said, he’s read hundreds of papers and he cited 91 of them in the peer-reviewed article published online Oct. 9 in the journal Clinical Infectious Diseases. He also has consulted widely with experts including Duane Pierson, chief microbiologist, space life sciences, at the Johnson center. 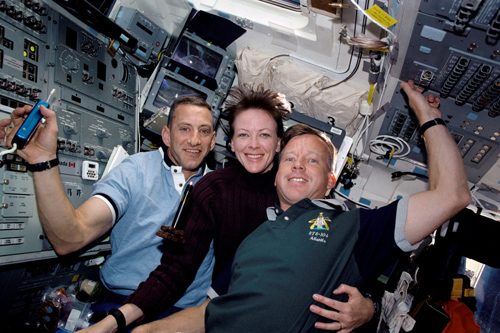 What Mermel has distilled from the literature is that microgravity weakens the immune system in some ways while it also increases the virulence and antimicrobial resistance of some microorganisms. Meanwhile, without gravity, germs launched by coughs and sneezes no longer fall to the ground within an earthly three to six feet, but continue to float around, increasing the distance and time for astronauts to inhale them or for them to settle on a wider variety of surfaces.

“So you suppress the human immune response, and you enhance the ability of microbes to cause infection, and you put those together in a confined space where airborne particles can remain in the air for a protracted period of time,” Mermel said.

What’s more, in a spacecraft, power limitations prevent extensive air filtration and the air is recirculated. That means astronauts can’t use some hospital disinfectants and hand hygiene products because they could emit hazardous vapors. And like a college dorm room or bathroom, many surfaces in the closed quarters of a spaceship can become contaminated, serving as reservoirs for germs that can spread in this unique environment, Mermel said.

To some extent there is hard data on the risk of infectious disease on space missions. Mermel found NASA statistics showing that there have been 29 reported infectious disease incidents among 742 crew members on 106 space shuttle flights. Although the number is limited, human space flight to Mars would be unprecedented because of the prolonged nature of the mission. Mermel argues that it is unclear if this will introduce a risk of infection beyond what one might extrapolate from shorter missions.

“It’s going to be radically different in terms of the ability to communicate with someone on Earth,” he said. “And what if there was something that happened that put someone at risk? Could they, or would they, turn around before they accomplished their mission?” 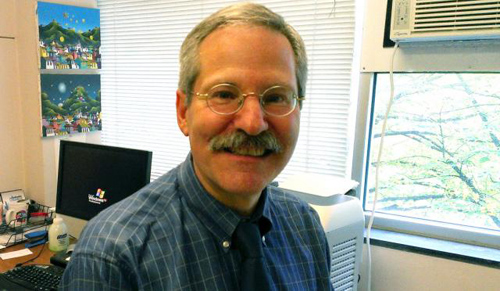 Leonard Mermel. Microgravity weakens the immune system while it increases the virulence and antimicrobial resistance of some microorganisms. Sneezes also hang in the air a very long time. Image credit: Brown University

In the context of prolonged space flight, Mermel said, the best strategy could be to enhance the considerable prevention methods NASA already has in place. Many of Mermel’s ideas therefore focus on preparing and equipping astronauts and their crafts to either keep microbes from getting on board, or failing that, to keep them in their place.

Among NASA’s current measures are vaccinating astronauts for several diseases, including the flu, and screening for others, such as tuberculosis, Mermel said. Food is selectively irradiated and astronauts have disinfecting wipes, surgical masks and respirators. They take off with multiple antibiotics on board.

Vaccinations, he says, could be expanded to include germs like Meningococcus and Pneumoccocus. And because no new germs are going to join the astronauts on board once they take off (assuming none are brought back from Mars), expanded pre-flight screening may help, too. Astronauts could be screened — in multiple body sites — for all strains of Staphyloccocus aureus, including some antibiotic-resistant forms, he said, and stool could be screened and re-screened for Salmonella.

Finding a way to work HEPA air filtration into the energy budget would be a worthwhile goal if possible, he said. Perhaps with the opportunity afforded by NASA’s transition from the space shuttle to a new craft, engineers could also perform human factors engineering studies on the most health-promoting places to put water outlets and waterless hand hygiene product dispensers. Potable water outlets and toilets, he said, could be designed to operate with foot pedals.

And a new bit of cargo, he added, which NASA is working on, is easy to use, low-energy diagnostic testing kits for germs causing common infections.

Other than the astronauts and research animals, another source of germs could be the astronauts’ food. One of the toughest calls NASA will need to make, he said, is whether to irradiate more food for a longer trip. It’s a good idea to kill harmful pathogens wherever they may be but it’s unnatural for people to eat completely sterilized food for two straight years since some of the bacteria we typically eat ends up in our guts it has beneficial effects.

“We’ve evolved to have those microbes go into our gastrointestinal tracts, our immune system interacts with them and is stimulated by them and it’s part of our homeostatic mechanism,” Mermel said.

That conundrum of cuisine is one of six unanswered questions Mermel poses in the paper. The others concern whether infectious disease risk really is higher in microgravity (research suggests this, but it hasn’t been directly measured); what the best antimicrobial coating is, if any, for spaceship surfaces; the best hand sanitizer for use in space; which diagnostic tests to bring on board; and elucidating why, exactly, immune response drops and microbial virulence goes up in space.

But if NASA announced tomorrow that in the next few years astronauts would be headed off to Mars, Mermel said he’d be confident that NASA planning would allow them to make the journey without a viral, fungal, or bacterial tragedy.

“It would remain a risk, but I’d feel comfortable with it,” he said. “They have a lot of bright people invested in doing the right thing.”