Ethanol Mandate Not the Best Option

EAST LANSING, Mich. — Many people are willing to pay a premium for ethanol, but not enough to justify the government mandate for the corn-based fuel, a Michigan State University economist argues. 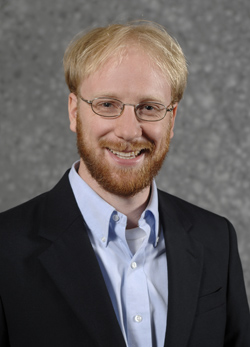 “I was a bit surprised,” said Anderson, assistant professor of economics. “I was looking for this sharp decline in ethanol sales the moment the price got higher than the price of gas.”

His research, scheduled to appear in the March issue of the Journal of Environmental Economics and Management, is one of the first economics studies to examine how consumers value ethanol.

Federal law requires increasing volumes of renewable fuels to be blended with the nation’s fuel supply. This year, the requirement includes the use of more than 13 billion gallons of corn-based ethanol nationwide.

Ethanol is more expensive to make than gasoline and must be sold at a loss or subsidized unless consumers are willing to make up the difference, Anderson said.

His study suggests that some people are, in fact, willing to pay more to help protect the environment. Ethanol is a clean-burning fuel that reduces harmful auto emissions and decreases the amount of crude oil needed to satisfy the nation’s thirst for transportation fuel, according to the American Coalition for Ethanol.

But from an economic perspective, mandating ethanol doesn’t appear to be the best option, Anderson said. Not only is it expensive, but the amount of emissions it reduces might not be that large, he said.

“If our goal is to reduce greenhouse gas emissions, this is quite a costly way to go about doing it,” Anderson said. “There are lots of other things we could do before switching over to ethanol.”

“You really want to give people the right incentives,” Anderson said. “If we taxed fuels at a higher rate based on the amount of pollution they caused, people would tend to choose cleaner fuels – but also use less fuel overall.”