ANN ARBOR, Mich.— Loss of biodiversity appears to impact ecosystems as much as climate change, pollution and other major forms of environmental stress, according to a new study from an international research team.

The study is the first comprehensive effort to directly compare the impacts of biological diversity loss to the anticipated effects of a host of other human-caused environmental changes.

The results highlight the need for stronger local, national and international efforts to protect biodiversity and the benefits it provides, according to the researchers, who are based at nine institutions in the United States, Canada and Sweden.

“Loss of biological diversity due to species extinctions is going to have major impacts on our planet, and we better prepare ourselves to deal with them,” said University of Michigan ecologist Bradley Cardinale, one of the authors. The study is scheduled for online publication in the journal Nature on May 2. 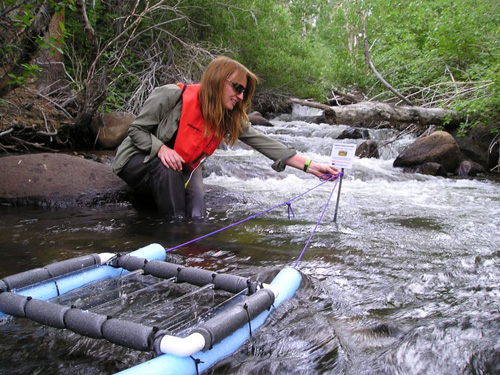 Researchers measuring the productivity of algae in a stream. Image credit: Brad Cardinale

Studies over the last two decades have demonstrated that more biologically diverse ecosystems are more productive. As a result, there has been growing concern that the very high rates of modern extinctions – due to habitat loss, overharvesting and other human-caused environmental changes – could reduce nature’s ability to provide goods and services like food, clean water and a stable climate.

But until now, it’s been unclear how biodiversity losses stack up against other human-caused environmental changes that affect ecosystem health and productivity.

“Some people have assumed that biodiversity effects are relatively minor compared to other environmental stressors,” said biologist David Hooper of Western Washington University, the lead author of the Nature paper. “Our new results show that future loss of species has the potential to reduce plant production just as much as global warming and pollution.” 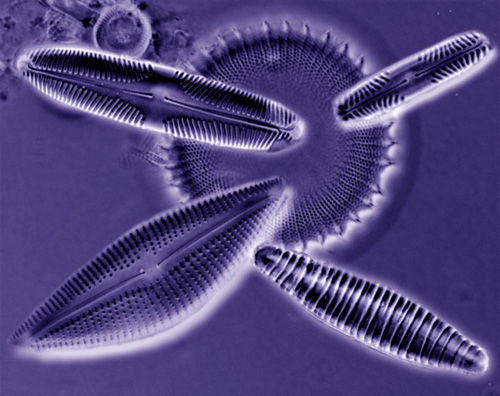 In their study, Hooper and his colleagues used combined data from a large number of published studies to compare how various global environmental stressors affect two processes important in all ecosystems: plant growth and the decomposition of dead plants by bacteria and fungi. The new study involved the construction of a data base drawn from 192 peer-reviewed publications about experiments that manipulated species richness and examined the impact on ecosystem processes.

The global synthesis by Hooper and his colleagues found that in areas where local species loss this century falls within the lower range of projections (loss of 1 to 20 percent of plant species), negligible impacts on ecosystem plant growth will result, and changes in species richness will rank low relative to the impacts projected for other environmental changes. 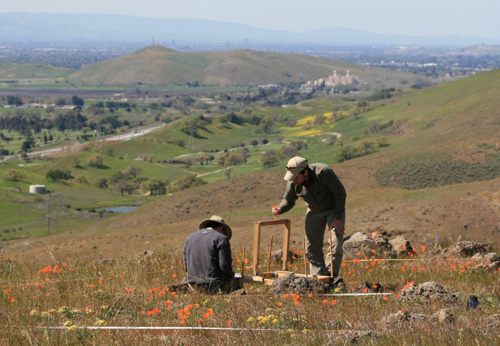 Serpentine grasslands, like this one south of San Jose, California, are hotspots of plant diversity, but are threatened by habitat encroachment, air pollution, and invasive species. Image credit: Cait Hutnik

In ecosystems where species losses fall within intermediate projections (21 to 40 percent of species), however, species loss is expected to reduce plant growth by 5 to 10 percent, an effect that is comparable in magnitude to the expected impacts of climate warming and increased ultraviolet radiation due to stratospheric ozone loss.

At higher levels of extinction (41 to 60 percent of species), the impacts of species loss ranked with those of many other major drivers of environmental change, such as ozone pollution, acid deposition on forests, and nutrient pollution.

“Within the range of expected species losses, we saw average declines in plant growth that were as large as changes seen in experiments simulating several other major environmental changes caused by humans,” Hooper said. “I think several of us working on this study were surprised by the comparative strength of those effects.”

The strength of the observed biodiversity effects suggests that policymakers searching for solutions to other pressing environmental problems should be aware of potential adverse effects on biodiversity, as well, the researchers said.

Still to be determined is how diversity loss and other large-scale environmental changes will interact to alter ecosystems. “The biggest challenge looking forward is to predict the combined impacts of these environmental challenges to natural ecosystems and to society,” said J. Emmett Duffy of the Virginia Institute of Marine Science, a co-author of the paper. 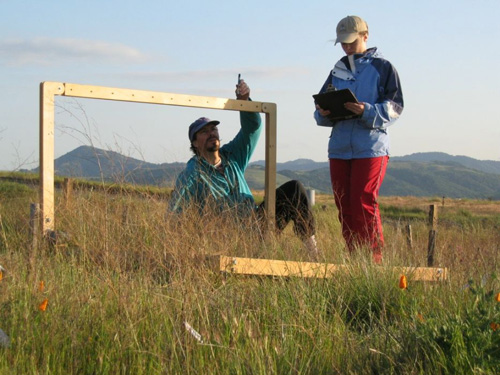 Funding for the study included grants from the National Science Foundation and the National Center for Ecological Analysis and Synthesis.

“This analysis establishes that reduced biodiversity affects ecosystems at levels comparable to those of global warming or air pollution,” said Henry Gholz, program director in the National Science Foundation’s Division of Environmental Biology, which funded the research.