Early snowmelt caused by climate change in the Colorado Rocky Mountains snowballs into two chains of events: a decrease in the number of flowers, which, in turn, decreases available nectar. The result is decline in a population of the Mormon Fritillary butterfly, Speyeria mormonia.

Using long-term data on date of snowmelt, butterfly population sizes and flower numbers at the Rocky Mountain Biological Laboratory, Carol Boggs, a biologist at Stanford University, and colleagues uncovered multiple effects of early snowmelt on the growth rate of an insect population.

“Predicting effects of climate change on organisms’ population sizes will be difficult in some cases due to lack of knowledge of the species’ biology,” said Boggs, lead author of a paper reporting the results online in this week’s journal Ecology Letters. 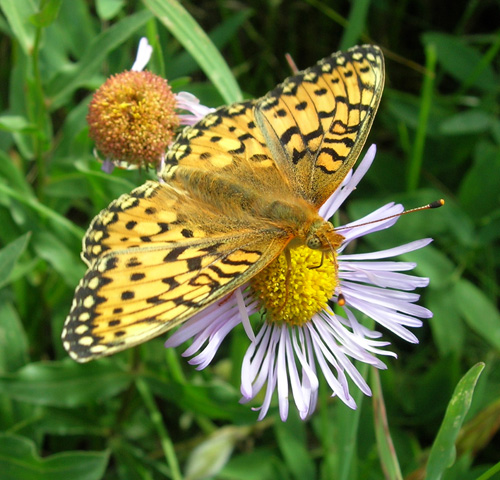 Taking into account the butterfly’s life cycle and the factors determining egg production was important to the research.

Butterflies lay eggs (then die) in their first summer; the caterpillars from those eggs over-winter without eating and develop into adults in the second summer.

In laboratory experiments, the amount of nectar a female butterfly ate determined the number of eggs she laid. This suggested that flower availability might be important to changes in population size.

Early snowmelt in the first year leads to lower availability of the butterfly’s preferred flower species, a result of newly developing plants being exposed to early-season frosts that kill flower buds. 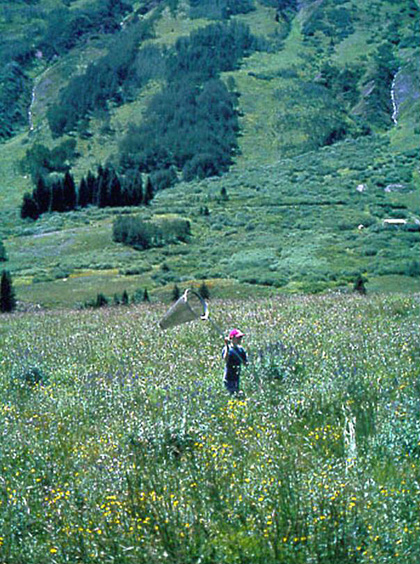 Early snowmelt in the second year of the butterfly life cycle worsened the effect, probably through direct killing of caterpillars during early-season frosts.

The combined effects of snowmelt in the two consecutive years explained more than four-fifths of the variation in population growth rate. 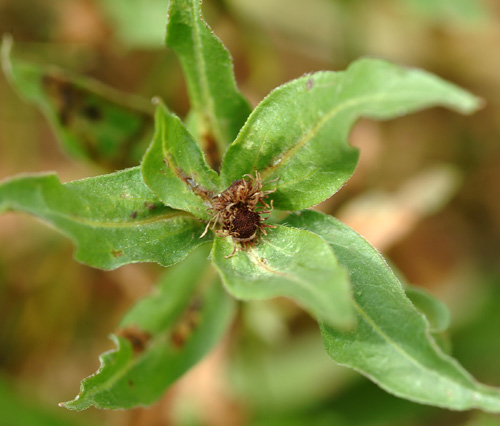 “Because species in natural communities are interconnected, the effects of climate change on any single species can easily be underestimated,” said Saran Twombly, program director in the National Science Foundation’s Division of Environmental Biology, which funded the research.

“This study combines long-term, data models, and an understanding of species interactions to underscore the complex effects climate change has on natural populations.”

“It’s very unusual for research to uncover a simple mechanism that can explain almost all the variation in growth rate of an insect population,” said David Inouye, a biologist at the University of Maryland and co-author of the paper. 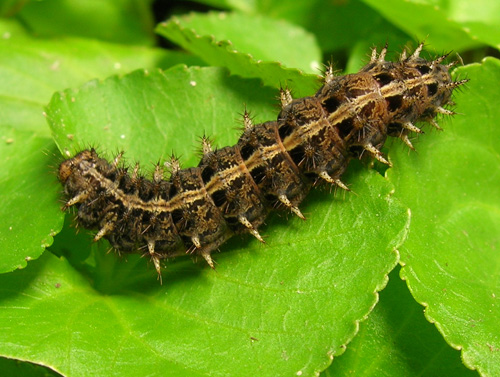 A Mormon Fritillary caterpillar on violet; plants in this genus are eaten by the caterpillars. Image credit: Carol Boggs

Indeed, “one climate parameter can have multiple effects on an organism’s population growth,” Boggs said. “This was previously not recognized for species such as butterflies that live for only one year.

“We can already predict that this coming summer will be a difficult one for the butterflies,” she said, “because the very low snowpack in the mountains this winter makes it likely that there will be significant frost damage.”

“Long-term studies such as ours are important to understanding the ‘ecology of place,’ and the effects of weather and possible climate change on population numbers,” said Inouye.

“This research is critical to assessing the broader effects of weather on an ever-changing Earth,” he said. “By facilitating long-term studies, field stations such as the Rocky Mountain Biological Laboratory are an invaluable asset.” 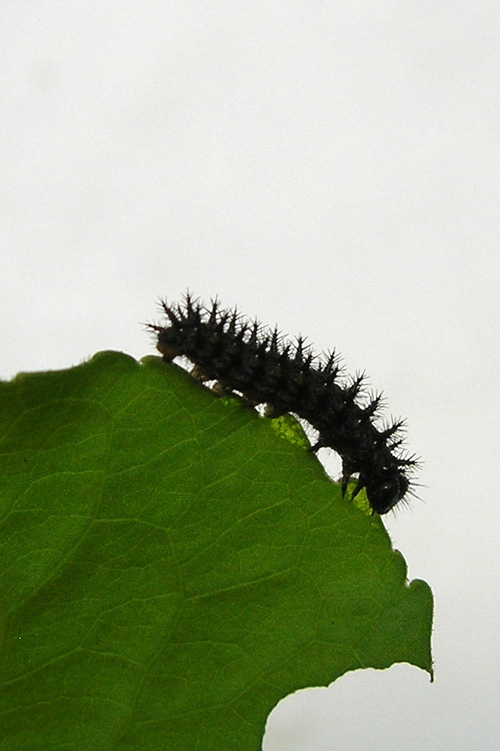 Last of the Mormon Fritillary butterflies? Early snowmelt may be to blame. Image credit: Carol Boggs