Cap and trade programs to reduce emissions do not inherently provide incentives to induce the private sector to develop innovative technologies to address climate change, according to a new study in the journal Proceedings of the National Academy of Sciences.

In fact, said author Margaret Taylor, a researcher at Lawrence Berkeley National Laboratory (Berkeley Lab) who conducted the study while an assistant professor at the University of California, Berkeley’s Goldman School of Public Policy, the success of some cap and trade programs in achieving predetermined pollution reduction targets at low cost seems to have reduced incentives for research and development that could help develop more appropriate pollution control targets. Taylor is a scientist in the Environmental Energy Technologies Division of Berkeley Lab. 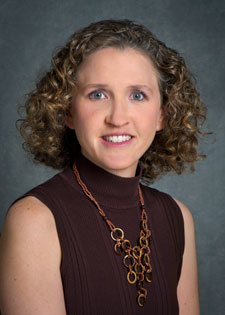 “Policymakers rarely see with perfect foresight what the appropriate emissions targets are to protect the public health and environment—the history is that these targets usually need to get stricter,” said Taylor. “Yet policymakers also seldom set targets they don’t have evidence that industry can meet. This is where R&D that can lead to the development of innovative technologies over the longer term is essential.”

In the study, Taylor explored the relationship between innovation and cap and trade programs (CTPs). She used empirical data from the world’s two most successful CTPs, the U.S. national market for sulfur dioxide (SO2) control and the northeast and mid-Atlantic states’ market for nitrogen oxide (NOx) control. (Respectively, Title IV of the 1990 Clean Air Act and the Ozone Transport Commission/NOx Budget Program.)

Taylor’s research shows that before trading began for these CTPs, analysts overestimated how difficult it would be for emissions sources to achieve targets, in a pattern frequently observed in environmental health, safety, and energy efficiency regulation, including all of the world’s CTPs. This was seen in overestimates of the value of allowances, which are permits to release a certain volume of emissions under a CTP. If an entity can reduce emissions cheaply, they can either sell these allowances for whatever price they can get on the market or they can bank these allowances to meet later emissions restrictions.

The cap-and-trade programs Taylor studied exhibited lower-than-expected allowance prices, in part because program participants adopted an unexpected range of approaches for reducing emissions sources in the lead-up to trading. A large bank of allowances grew in response, particularly in the SO2 program, signaling that allowance prices would remain relaxed for many years.

But this low-price message did not cause the policy targets in the CTPs to change, despite evidence that it would not only be cheaper than expected to meet these targets, but it would also be more important to public health to tighten the targets, based on scientific advances. The lower-than-expected price signal did cause emissions sources to reassess their clean technology investments, however, and led to significant cancellations, Taylor reported.

Meanwhile, the low price also signaled to innovators working to develop clean technologies – which are often distinct from the emissions sources that hold allowances – that potential returns to their research and development programs, which generally have uncertain and longer-term payoffs, would be lower than expected.

This effect also helps explain the study’s finding that patenting activity, the dominant indicator of commercially-oriented research and development, peaked before these CTPs were passed and then dropped once allowance markets began operating, reaching low levels not seen since national SO2 and NOx regulation began in 1970.

“There are usually relatively cheap and easy things to do at the start of any new environmental policy program,” said Taylor, who specializes in policy analysis, environmental and energy policy, and innovation. “But if doing these things has the tradeoff of dampening the incentives for longer-term innovation, there can be a real problem, particularly when dramatic levels of technological change are needed, such as in the case of stabilizing the global climate.”