COLUMBIA, Mo. –Black men, especially those living in low-income, urban areas, face many societal stressors, including racial discrimination, incarceration and poverty. In addition, these men have poorer health outcomes. Now, a University of Missouri faculty member has studied these men’s efforts to negotiate social environments that are not designed to help them attain good health and success.

“Too often, researchers focus on Black men’s weaknesses rather than their strengths,” said Michelle Teti, assistant professor of health sciences in the MU School of Health Professions. “By understanding what’s working, we can reinforce those positive behaviors and help men make healthier choices.” 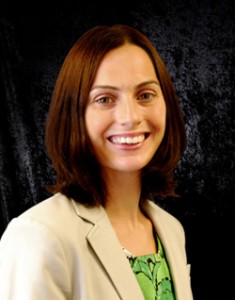 The study explored resilience—how individuals demonstrate positive mental health regardless of stress and adversity—among low-income Black men living in urban areas. Through interviews, the researchers learned about societal stressors in the men’s lives, including racism, incarceration, unemployment and surviving rough neighborhoods. Despite these hardships, many research participants had found ways to overcome their adversities through five primary forms of resilience: perseverance, commitment to learn from hardships, reflecting and refocusing to address difficulties, creating supportive environments and obtaining support from religion and spirituality.

“Resilience is not a psychological trait that you either are born with or not; resilience can be taught and nurtured,” said Teti’s co-author and principal investigator of the study, Lisa Bowleg, an associate professor in the School of Public Health at Drexel University in Philadelphia. “Accordingly, our findings suggest we can use resilience strategies used by men in our study to teach other low-income Black men how to better protect themselves and their sexual partners from risk despite some harsh social-structural realities.”

Teti and Bowleg say community members and government officials should do more to prepare Black men for success rather than failure and, in particular, to teach them protective behaviors against HIV.

“It is admirable that these men are resilient in the face of such severe challenges; however, the men’s efforts only can be translated into success if they are supported by social environments and policies that change the odds against them,” Teti said.

“Low-income, Black, urban men desperately need jobs; they need quality educations; they need policies designed to keep them out of prisons. They need opportunities to make living wages for themselves and their families; they need safer neighborhoods,” Bowleg said. “The most disconcerting aspects of our research on resilience were the narratives of men who were doggedly trying to be resilient in the face of seemingly insurmountable social-structural obstacles.”

The study was published in Qualitative Health Research. Funded by a grant from the National Institutes of Child Health and Development, this research is part of a larger study, “REPRESENT: The Health and Sexual Experiences of Black Men,” which focuses on understanding Black heterosexual men’s sexual HIV risk and protective behaviors. Coauthors included Ashley Martin from The Children’s Hospital of Philadelphia, Richa Ranade and Jenne Massie from Drexel University, David Malebranche from Emory University and Jeanne Tschann from the University of California-San Francisco.