Deep Oceans May Mask Global Warming for Years at a Time

Earth’s deep oceans may absorb enough heat at times to flatten the rate of global warming for periods of as long as a decade–even in the midst of longer-term warming. This according to a new analysis led by scientists at the National Center for Atmospheric Research (NCAR).

The study, based on computer simulations of global climate, points to ocean layers deeper than 1,000 feet as the main location of the “missing heat” during periods such as the past decade when global air temperatures showed little trend.

The findings also suggest that several more intervals like this can be expected over the next century, even as the trend toward overall warming continues.

“We will see global warming go through hiatus periods in the future,” says NCAR’s Gerald Meehl, lead author of the study. 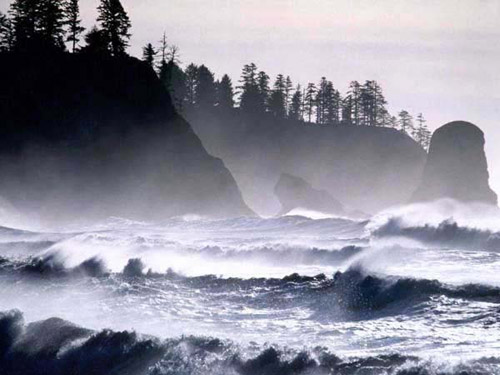 “However, these periods would likely last only about a decade or so, and warming would then resume. This study illustrates one reason why global temperatures do not simply rise in a straight line.”

The research, by scientists at NCAR and the Bureau of Meteorology in Australia, was published online Sunday in Nature Climate Change.

Funding for the study came from the National Science Foundation (NSF), NCAR’s sponsor.

“The research shows that the natural variability of the climate system can produce periods of a decade or more in which Earth’s temperature does not rise, despite an increase in greenhouse gas concentrations,” says Eric DeWeaver, program director in NSF’s Division of Atmospheric and Geospace Sciences.

“These scientists make a compelling case that the excess energy entering the climate system due to greenhouse gas increases may not be immediately realized as warmer surface temperatures, as it can go into the deep ocean instead.” 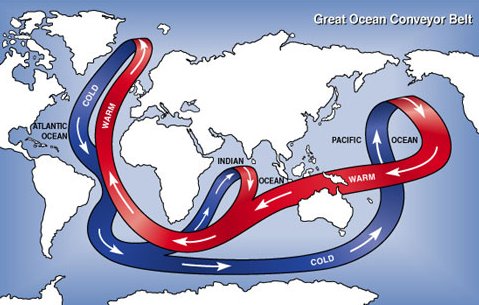 The 2000s were Earth’s warmest decade in more than a century of weather records.

However, the single-year mark for warmest global temperature, which had been set in 1998, remained unmatched until 2010.

Yet emissions of greenhouse gases continued to climb during this period, and satellite measurements showed that the discrepancy between incoming sunshine and outgoing radiation from Earth actually increased.

This implied that heat was building up somewhere on Earth, according to a 2010 study by NCAR researchers Kevin Trenberth and John Fasullo. 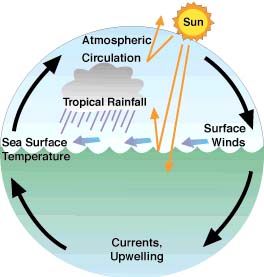 The two scientists, who are both co-authors on the new study, suggested that the oceans might be storing some of the heat that would otherwise go toward other processes, such as warming the atmosphere or land, or melting more ice and snow.

Observations from a global network of buoys showed some warming in the upper ocean, but not enough to account for the global build-up of heat.

Although scientists suspected the deep oceans were playing a role, few measurements were available to confirm that hypothesis.

To track where the heat was going, Meehl and colleagues used a powerful software tool known as the Community Climate System Model, which was developed by scientists at NCAR and the Department of Energy with colleagues at other organizations.

Using the model’s ability to portray complex interactions between the atmosphere, land, oceans and sea ice, they performed five simulations of global temperatures.

The simulations, which were based on projections of future greenhouse gas emissions from human activities, indicated that temperatures would rise by several degrees during this century.

But each simulation also showed periods in which temperatures would stabilize for about a decade before climbing again. 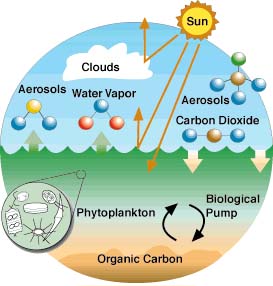 For example, one simulation showed the global average rising by about 2.5 degrees Fahrenheit (1.4 degrees Celsius) between 2000 and 2100, but with two decade-long hiatus periods during the century.

During these hiatus periods, simulations showed that extra energy entered the oceans, with deeper layers absorbing a disproportionate amount of heat due to changes in oceanic circulation.

The vast area of ocean below about 1,000 feet (300 meters) warmed by 18 percent to 19 percent more during hiatus periods than at other times.

In contrast, the shallower global ocean above 1,000 feet warmed by 60 percent less than during non-hiatus periods in the simulation.

“This study suggests the missing energy has indeed been buried in the ocean,” Trenberth says. “The heat has not disappeared and so it cannot be ignored. It must have consequences.”

The simulations also indicated that the oceanic warming during hiatus periods has a regional signature.

During a hiatus, average sea-surface temperatures decrease across the tropical Pacific, while they tend to increase at higher latitudes, especially in the Atlantic, where surface waters converge to push heat into deeper oceanic layers.

These patterns are similar to those observed during a La Niña event, according to Meehl.

He adds that El Niño and La Niña events can be overlaid on top of a hiatus-related pattern.

Global temperatures tend to drop slightly during La Niña, as cooler waters reach the surface of the tropical Pacific, and they rise slightly during El Niño, when those waters are warmer.

“The main hiatus in observed warming has corresponded with La Niña conditions, which is consistent with the simulations,” Trenberth says.

The simulations were part of NCAR’s contribution to the Coupled Model Intercomparison Project Phase 5.