Cultural “Tightness” Can Hold Back Female Leadership – But not Always, Says University of Toronto Study

Normative support for equality can make the difference

Countries that more strictly uphold their cultural norms are less likely to promote women as leaders, unless those norms support equal opportunity for both sexes, shows a new paper from the University of Toronto’s Rotman School of Management.

“Cultural tightness can prevent the emergence of women leaders because tighter cultures may make a society’s people more resistant to changing the traditionally-held practice that placed men in leadership roles,” said Professor Soo Min Toh, who is cross-appointed to the Rotman School and the University of Toronto Mississauga, and co-wrote the paper with Professor Geoffrey Leonardelli at the Rotman School and U of T’s Department of Psychology. 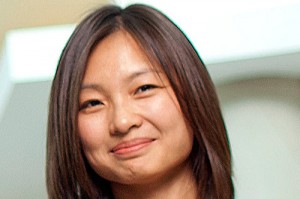 Cultural tightness is described by Toh as the “degree to which norms are clear and pervasive.” Tight cultures have a lower tolerance for deviation from cultural norms and may even impose sanctions for doing so. Loose cultures tend to be more open to change and experience higher rates of change than tight cultures.

Norway is a case in point. While the Scandinavian country is considered culturally tight, it also highly emphasizes gender equality practices and showed a high rate of female leadership.

Researchers used an academically-compiled index of countries’ cultural tightness and a separate index on their treatment of gender equality and World Bank statistics on the percentage of leadership positions filled by women, such as legislators, senior officials and managers.

The study shows that cultural tightness is a double-edged sword. Support for female leadership is dependent on what a society’s cultural practices are and how strictly it sticks to them.

The findings may also help to explain why some organizations wishing to promote more egalitarian leadership practices may encounter resistance or success. For example, the German company Deutsche Telekom has had more success hitting targets for female leadership in its foreign offices than at home; Germanic Europe comes out slightly on the higher side for cultural tightness.

The study is to be published in the Journal of World Business.