*Habitats overlap at Jaco Scar in depths off Costa Rica*

Decades ago, marine scientists made a startling discovery in the deep sea. They found environments known as hydrothermal vents, where hot water surges from the seafloor and life thrives without sunlight.

Then they found equally unique, sunless habitats in cold areas where methane rises from seeps on the ocean bottom.

Could vents and seeps co-exist in the deep, happily living side-by-side?

No one thought so. Until now. 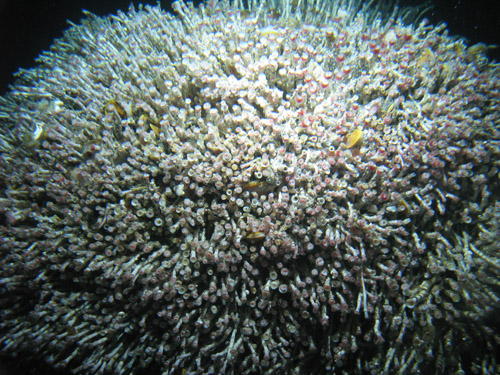 That’s exactly what researchers uncovered during a submersible expedition off Costa Rica. They’ve coined a new term to describe the ecosystem: a hydrothermal seep.

A description of the scientists’ findings, including a large number of deep-sea species that previously had not been described, is published in a paper by Lisa Levin of the Scripps Institution of Oceanography in La Jolla, Calif., and colleagues.

The paper appears in the March 7, 2012, issue of the journal Proceedings of the Royal Society B: Biological Sciences. 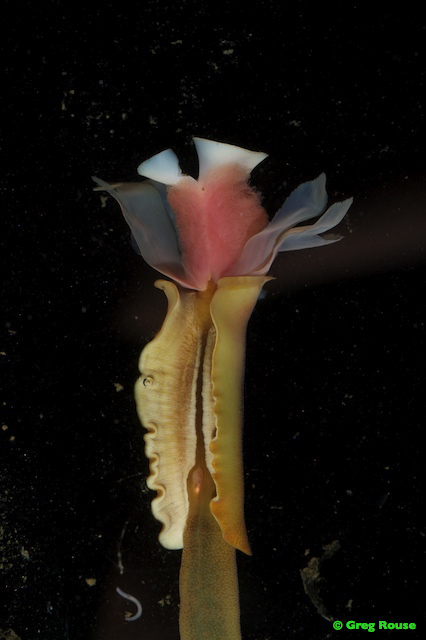 Levin and the team were surprised to find a hybrid site in an area where only cold seeps had been reported.

“The discovery shows that we still have much to learn about hydrothermal vents and methane seeps and about the vast depths of the oceans,” said David Garrison, director of the National Science Foundation’s (NSF) Biological Oceanography Program, which funded the research.

“We need to re-think the boundary,” he said, “of where a vent begins or a seep ends.”

About the video: Watch a view from the submersible ALVIN’s porthole of a “hydrothermal seep” habitat. Credit: Lisa Levin/NSF/ALVIN/Woods Hole Oceanographic Institution

The most interesting aspects of the site, said Levin, “are the presence of vent-like and seep-like features together, a vast cover of tubeworms across large areas, and a wealth of new species.”

Called Jaco Scar, the site lies at a tectonic plate margin off Costa Rica. There an underwater mountain, or seamount, is moving under the tectonic plate. 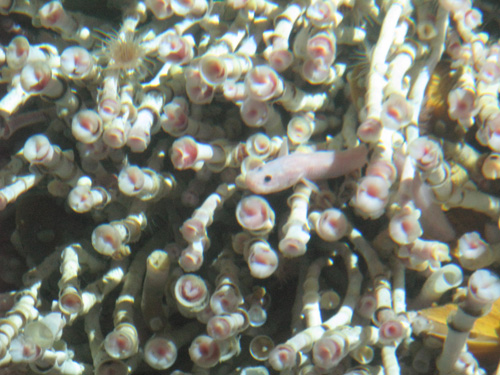 Zoarcid fish peeking out from a "bush" of tens of thousands of tubeworms. Image credit: Lisa Levin/NSF

Jaco Scar’s animals range from those that inhabit hot vents or cold seeps, to species that exist in both settings.

Because so little is known about the deep ocean, the researchers say it’s likely that other hybrid or “mosaic” ecosystems remain undiscovered, possibly with marine life specialized to live in such environments. 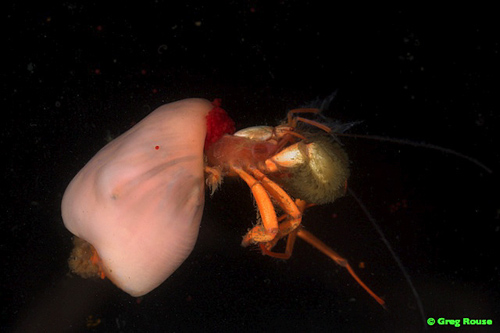 Anemone-hermit crab symbiosis in the deep, with the crab using the anemone as a shell. Image credit: Greg Rouse/SIO

“Plenty of surprises are left in the deep sea,” said Levin. “There are new species, and almost certainly new ecosystems, hidden in the oceans.”

The human presence in Alvin, a submersible, deep-diving research craft was key to the findings.

“The site had been visited by other researchers using remotely-operated vehicles,” said Levin, “but it wasn’t until human eyes saw shimmering water flowing under a tubeworm ‘bush’ that we really understood how special Jaco Scar is.” 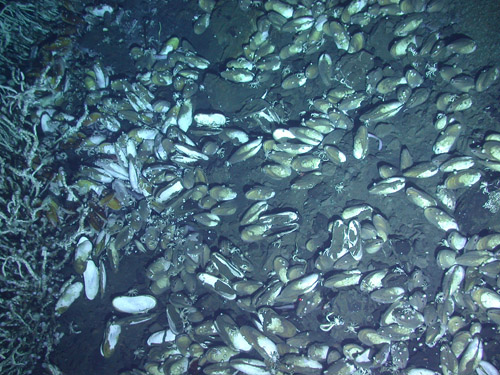 Co-authors of the paper include Greg Rouse, Geoffrey Cook and Ben Grupe of the Scripps Institution of Oceanography; Victoria Orphan and Grayson Chadwick of the California Institute of Technology; Anthony Rathburn of Indiana State University; William Ussler III of the Monterey Bay Aquarium Research Institute; Shana Goffredi of Occidental College; Elena Perez of the Natural History Museum in London; Anders Waren of the Swedish Museum of Natural History; and Bruce Strickrott of the Woods Hole Oceanographic Institution. 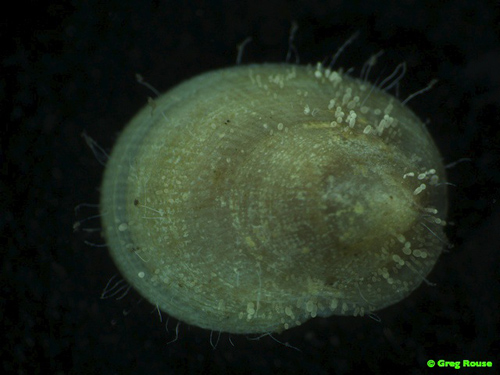 The research was also supported by the Center for Research in Marine Sciences and Limnology, University of Costa Rica.