WASHINGTON — Researchers looking at corals in the western tropical Pacific Ocean have found signs of a profound shift in the depth where warm surface water and colder deeper water meet—a shift predicted by computer models of global warming.

The finding is the first physical evidence supporting what climate modelers have been predicting as the effects of global climate change on the subsurface ocean circulation.

The new study has been accepted for publication in Geophysical Research Letters, a journal of the American Geophysical Union.

“We’re trying to find a way to understand how the warm water in the tropical Pacific has changed in the last century, but more importantly during the last several decades,” says Branwen Williams, who conducted this research while a doctoral student at Ohio State University in Columbus, Ohio. She is now a postdoctoral fellow at the University of Toronto in Ontario, Canada.

“The Pacific is really important since it serves as a strong driver and changes in this ocean can have a very strong impact on global climate and oceanography.” 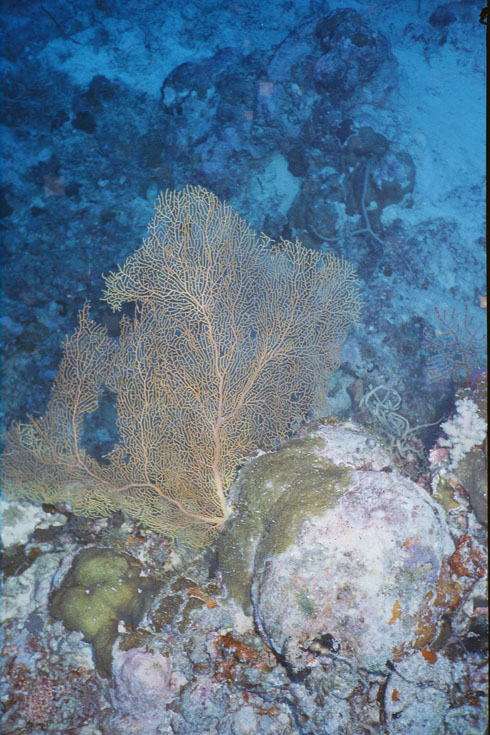 What plagues modelers and researchers alike is the limited amount of information available about the ocean when studying climate change. Satellite data and physical measurements are mainly restricted to the ocean’s surface waters. What happens deeper in the waters is often an unknown.

Williams and Andrea Grottoli, an associate professor of earth sciences at Ohio State and Williams’ former advisor, turned to a prolific form of soft, flexible coral, the Gorgonians, growing on a reef off the island nation of Palau.

“These corals ‘sway’ with the current underwater,” Grottoli explains, “like trees in the wind. Since they aren’t restricted to shallow and warmer surface waters like other tropical corals, they provide an opportunity to reconstruct a picture of subsurface ocean circulation in a region.”

Specifically, the researchers were interested in how the boundary layer between the warmer, shallow water and the colder deeper water — the thermocline — has changed. But directly measuring that over time and across a broad area is impossible. 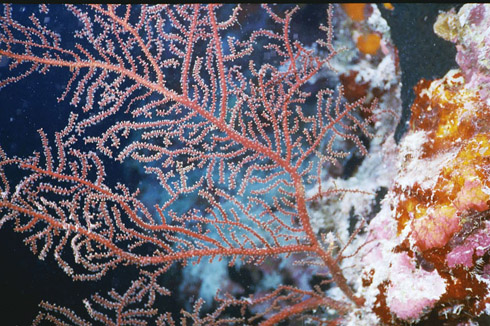 Instead, they used the soft corals as a substitute, a proxy, for determining how the thermocline rose and fell over time. Working with samples taken from corals at five meters (16.4 feet), 85 meters (279 feet) and 105 meters (345 feet), they analyzed the chemical structure of the coral skeleton that had built up over time.

Slices cut through the base “trunk” of the coral revealed concentric circles resembling tree rings which showed the growth of the “trunk” over time. By analyzing material from the rings from the outer surface inward to the center, they assembled a growth record covering the last century or so.

As the polyps in the coral consumed the organic matter over the years, the nitrogen isotopes were chemically recorded in the coral. By comparing the nitrogen-15 to nitrogen-14 ratios in samples from the three depths, Williams and Grottoli were able to draw a picture of how the thermocline moved.

“Over several decades, specifically since the mid- to late-1970s, the records show that the mean depth of the thermocline has been getting shallower,” Williams says. 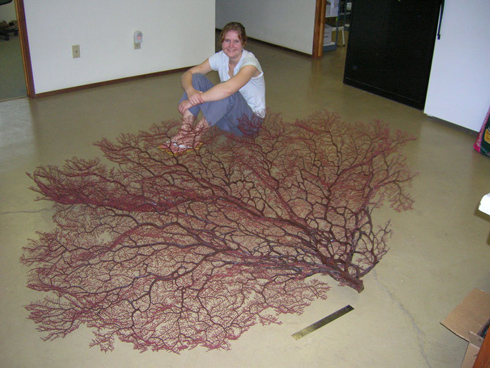 The researchers did a similar analysis of the ratio of two carbon isotopes in the coral samples as well. “I think it’s fair to say that the carbon isotope record supports this interpretation,” Grottoli says. “It’s another piece of evidence backing our conclusions.”

The researchers were also looking at how the coral record meshed with the Pacific Decadal Oscillation (PDO), a long-lived pattern of climate variability similar to the El Niño phenomenon. While El Niño changes over a period of years, the PDO changes over decades.

“Climate modelers looking at how the Pacific might respond to global warming have predicted that the atmospheric patterns in the tropical Pacific would weaken, and if that happened, you would expect the thermocline to get shallower in the western tropical Pacific,” Williams says.

“Our data are some of the first proxy data to support what the modelers have been predicting.”

Grottoli saysthat the thermocline shift in the 1970s is important because it coincides with changes in the PDO from a negative phase to a positive phase.

“We think the thermocline rose when the PDO shifted,” she says, “that it was a cumulative effect of both the natural variability of the PDO plus the warming global temperatures.” Grottoli says that their coral record covered two other known times when the PDO shifted — in the 1920s and 1940s when average ocean termperatures were a bit lower than today — but neither caused a rise in the thermocline, based on their study.

The researchers want to repeat their study using coral samples from other locations, moving eastward across the Pacific, to test their findings that the thermocline shift wasn’t a regional phenomenon, that it is occurring all across the ocean basin, Williams says.

Along with Williams and Grottoli, Patrick Colin, director of the Coral Reef Research Foundation, assisted in the project. Support for the research came from the National Science Foundation, the PADI Foundation, the Andrew Mellon Foundation and the National Ocean Sciences Accelerator Mass Spectrometry Facility at the Woods Hole Oceanographic Institution.