EAST LANSING, Mich. — A parasite thought to be harmless and found in many people may actually be causing subtle changes in the brain, leading to suicide attempts.

New research appearing in the August issue of The Journal of Clinical Psychiatry adds to the growing work linking an infection caused by the Toxoplasma gondii parasite to suicide attempts. Michigan State University’s Lena Brundin was one of the lead researchers on the team.

About 10-20 percent of people in the United States have Toxoplasma gondii, or T. gondii, in their bodies, but in most it was thought to lie dormant, said Brundin, an associate professor of experimental psychiatry in MSU’s College of Human Medicine. In fact, it appears the parasite can cause inflammation over time, which produces harmful metabolites that can damage brain cells.

“Previous research has found signs of inflammation in the brains of suicide victims and people battling depression, and there also are previous reports linking Toxoplasma gondii to suicide attempts,” she said. “In our study we found that if you are positive for the parasite, you are seven times more likely to attempt suicide.” 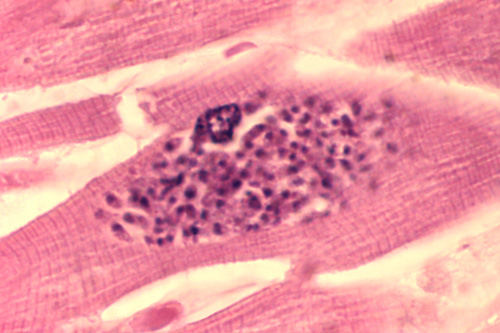 The Toxoplasma gondii parasite has been linked to inflammation in the brain, damaging cells. Courtesy photo/ Michigan State University

The work by Brundin and colleagues is the first to measure scores on a suicide assessment scale from people infected with the parasite, some of whom had attempted suicide.

The results found those infected with T. gondii scored significantly higher on the scale, indicative of a more severe disease and greater risk for future suicide attempts. However, Brundin stresses the majority of those infected with the parasite will not attempt suicide: “Some individuals may for some reason be more susceptible to develop symptoms,” she said.

“Suicide is major health problem,” said Brundin, noting the 36,909 deaths in 2009 in America, or one every 14 minutes. “It is estimated 90 percent of people who attempt suicide have a diagnosed psychiatric disorder. If we could identify those people infected with this parasite, it could help us predict who is at a higher risk.”

T. gondii is a parasite found in cells that reproduces in its primary host, any member of the cat family. It is transmitted to humans primarily through ingesting water and food contaminated with the eggs of the parasite, or, since the parasite can be present in other mammals as well, through consuming undercooked raw meat or food. 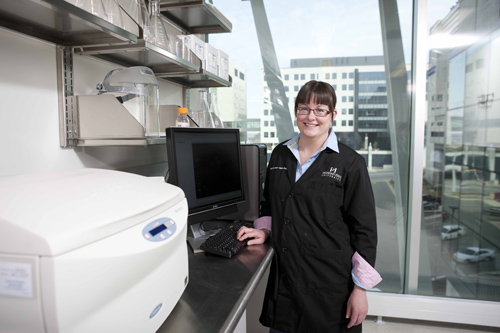 Brundin has been looking at the link between depression and inflammation in the brain for a decade, beginning with work she did on Parkinson’s disease. Typically, a class of antidepressants called selective serotonin re-uptake inhibitors, or SSRIs, have been the preferred treatment for depression. SSRIs are believed to increase the level of a neurotransmitter called serotonin but are effective in only about half of depressed patients.

Brundin’s research indicates a reduction in the brain’s serotonin might be a symptom rather than the root cause of depression. Inflammation, possibly from an infection or a parasite, likely causes changes in the brain’s chemistry, leading to depression and, in some cases, thoughts of suicide, she said.

“I think it’s very positive that we are finding biological changes in suicidal patients,” she said. “It means we can develop new treatments to prevent suicides, and patients can feel hope that maybe we can help them.

Brundin and co-senior investigator Teodor Postolache of the University of Maryland led the research team. Funding for the project came from several sources, most notably the Swedish Research Council and American Foundation for Suicide Prevention.