On Wednesday, Dec. 19, 2012, Park Geun-hye was elected South Korea’s new president, making her the first woman to hold the title. It’s a victory some say signals the beginning of a new era for the tension-riddled region. Lyle Goldstein, International Relations program visiting faculty and associate professor in the China Maritime Studies Institute of the U.S. Naval War College, comments on what Park’s election means for the future of South Korea and the country’s relationship with the United States and China.

Park Geun-hye’s election will come as a major relief to many strategists in Washington, given her pro-American credentials. Her opponent was inclined to fully reinstate the “sunshine policy” of a decade ago, a disposition that would have no doubt entailed a more discriminating look at the newly invigorated U.S.-Republic of Korea alliance. Irrespective of which candidate came to occupy the Blue House, South Koreans seemed to be looking for more sunshine and less inter-Korean tension.

Until recently, Washington and Seoul had been oddly out of synch. President Bush’s branding Pyongyang a charter member of the “axis of evil” in January 2002 did not sit well with the more accommodating leadership of South Korea. This rhetoric and the Iraq War in 2003 seem to have convinced Pyongyang to make the final push to acquire a nuclear weapon that it first tested in 2006. But when President Obama advocated for a different approach, inviting Pyongyang to “unclench its fist,” that policy was rendered moot by the election of the more hard-line Lee Myung-bak in Seoul. The 2010 grave tensions resulting from the sunken South Korean frigate and artillery attack against an offshore island served to reinforce the Obama administration’s sudden inclination to “pivot to Asia.” A rigid and dangerous bipolarity has prevailed ever since on the Korean Peninsula.

Given the recent missile test, it will be essential not to overstate the threat posed by North Korea. It will be many years before Pyongyang is able to miniaturize a nuclear warhead. A no less difficult hurdle concerns the missiles themselves: They would require days of fueling and preparation, thus rendering them highly vulnerable to a U.S. preemptive attack in any military contingency. 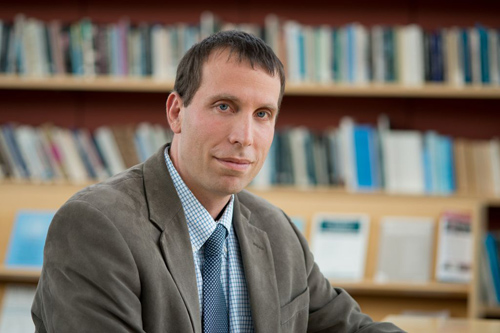 Significant changes are also afoot across the Yalu River, which divides North Korea and China. After a long period of essentially ignoring North Korea, Beijing’s policy seems to have entered a much more active phase. Bilateral trade figures that have increased exponentially attest to the fact that China’s new approach amounts to making lemons into lemonade. Of course, China’s policy of robust engagement is nearly the exact opposite of that advocated recently by Washington, but perhaps that is not so surprising given the current tenor of U.S.-China relations.

America’s “pivot to Asia” has had a variety of disquieting effects on East Asian security, including on the Korean Peninsula, where it has seemingly served only to strengthen ties between Beijing and Pyongyang. Washington has made a misguided push to draw together South Korea and Japan into a more firm “trilateral alliance” structure, but predictably this initiative has been condemned as the precursor to an “East Asian NATO” in Beijing. That Washington is continually perplexed by Seoul’s reluctance to work with Tokyo on security matters shows just how out of touch American strategists are with East Asia, where the shadow of history looms especially large. Instead, the Obama administration should revisit some of its earliest foreign policy premises that had wisely sought to engage directly with North Korea and also to pursue “strategic reassurance” with China, so that the two superpowers could actually cooperate to manage Asia’s myriad vexing security issues.

Park has become the first woman to lead a major state in volatile Northeast Asia. This is yet another feather in the cap of a nation that is already a world leader in technology, manufacturing, infrastructure, and education. Yet even as she may be tempted to focus on the bread and butter issues that got her elected, Park will need to draw on her ample diplomatic experience, seeking a constructive balance between Washington and Beijing, in order to prevent the region from lurching backward to its Cold War origins.