China has potential to be leader in global sustainability

China, with its enormous cities and vast countryside, is a potential star in the ongoing global drama of slashing carbon emissions.

In this week’s Nature, a Michigan State University researcher and an international team of sustainability experts propose a script.

China already is a star in unleashing carbon dioxide emissions. In 2011, it accounted for a quarter of the world’s total. The problems – air pollution, squandered energy resources and economic stresses that squelch growth – also come with tremendous opportunity for China to be leader in slashing emissions. Along the way, China’s vast variety of economic and geographic circumstances offers a chance to set examples for its global neighbors. 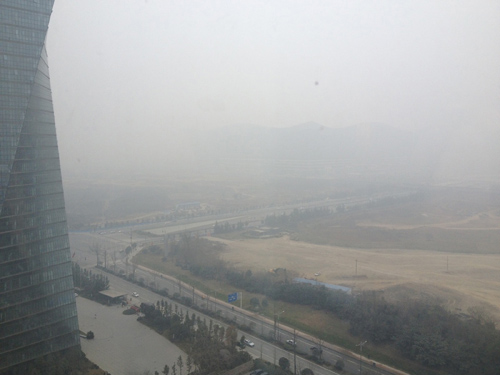 China, with its enormous cities and vast countryside, is a potential star in the ongoing global drama of slashing carbon emissions. Image courtesy of MSU.

Six experts from the United States, Great Britain and China, point out that recycling, renewable and a reinvigorated domestic energy market offer a way to significant impact.

”Reducing CO2 emissions in China has profound implications for global sustainability,” said Jianguo “Jack” Liu, who holds the Rachel Carson Chair in Sustainability and is director of MSU’s Center for Systems Integration and Sustainability. 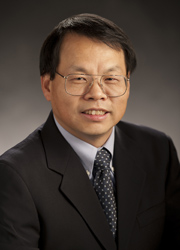 Jianguo “Jack” Liu, the Rachel Carson Chair in Sustainability and director of MSU’s Center for Systems Integration and Sustainability. Image courtesy of MSU.

For China to meet its international obligation to cut CO2 releases, make the most of its fossil energy supplies and battle its choking air pollution levels, the experts lay out a five-pronged script:

There are opportunities to fill gaps, such as being able to better link China’s burgeoning ability to produce the mechanics of renewable energy with its oft-deficient electrical grids. Or work harder to substitute natural gas and nuclear energy for coal.

China can better spread the burden more equitably. The country struggles with imbalances between the rural areas that often produce energy and metropolitans that burn through it. The economic development of poor regions that depend on carbon-intensive industries such as cement and steel would benefit from more forgiving emissions targets.