The Year of the Dragon is now under way. What does this new year mean, and how do Chinese families typically celebrate it?

Jianguo Chen, associate professor of Chinese and director of the Confucius Institute at UD, shares his insights with UDaily. 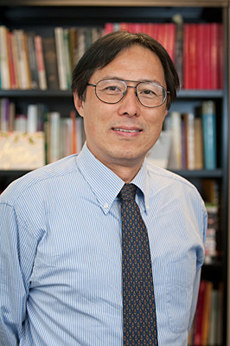 Jianguo Chen, associate professor of Chinese, is the director of the Confucius Institute at UD. Image credit: University of Delaware

Q. What is the Chinese New Year–when does it officially occur?

A. The Chinese New Year is more commonly known as the Spring Festival (Chūnjié) in China, as well as in other East Asian and Southeast Asian countries such as Korea, Japan, Vietnam, Singapore, Malaysia, Thailand, Indonesia, Mauritius and the Philippines.

Unlike the Gregorian calendar, the Spring Festival is either in January or February, but mostly in January, depending on the arrival of “Lichun,” the first solar term in this calendar. It is traditionally celebrated for 15 days from the first day to the 15th day of the first month in the lunar calendar. This year’s Spring Festival was on Jan. 23.

This holiday is believed to have originated during the Shang Dynasty (1600 BC – 1100 BC) as a spring carnival in which people offered sacrifices to gods and ancestors at the end of the winter, welcoming the arrival of the spring. It was made a public holiday in 1914 during China’s Republican period and was reinstituted by the government of the People’s Republic of China in 1949.

Q. How do Chinese families traditionally celebrate this holiday?

A. The Spring Festival is the most important holiday in China and is celebrated as such. On Chinese New Year’s Eve, all family members will try their very best to travel back home, no matter how far away they may be (even on the other side of the world) to enjoy the family reunion feast known as nián yè fàn.

The last day of the 15-day celebration is the Lantern Festival. Before the Chinese New Year comes, it is customary for people to completely clean their houses to get rid of bad fortune from the old year and decorate their tidy houses, all with an atmosphere of rejoicing and celebration. Couplets, folk painting, paper-cuts, festive scrolls, lanterns, as well as other festive decorations in bright red, are seen everywhere. Bright red is the preeminent color of festivity, symbolic of good health and fortune, wealth, prosperity and longevity. 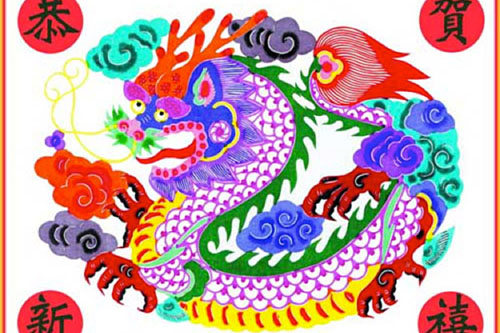 Q. What foods are traditionally eaten?

A. Holidays are about eating, and the Spring Festival is particularly so. The Chinese traditionally prepare sumptuous feasts during the holiday, featuring fish, pork, chicken and duck, in addition to various kinds of fruit, candies and nuts. Dumpling (jiǎo zi) is a must, particularly in northern China.

Q. What other activities are undertaken to celebrate the holiday?

A. Various kinds of celebratory activities, sponsored either by the government or communities, are held, featuring the traditional lion dance, dragon dance and drum performance. One of the most interesting holiday entertainment programs organized by CCTV (China Central Television) over the past three decades is the CCTV Chinese New Year’s Gala, which is typically a five-hour long evening holiday entertainment program, featuring a variety show of drama, dance, music and comedy. Broadcast worldwide, the gala attracts a yearly viewership of over 800 million viewers. The Chinese are so enamored by this New Year Gala that to host the New Year Eve’s family reunion feast without watching it would be a regretful experience. 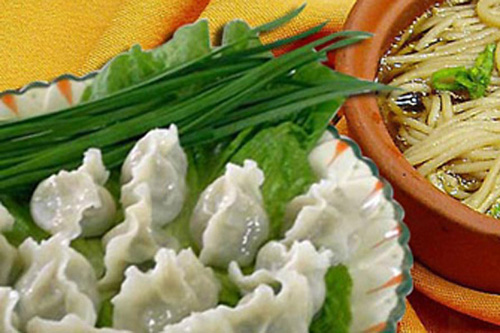 Q. Are there favorite sayings or well-wishes?

A. During the holiday, the Chinese greet each other with blessing words like “恭喜发财” (gōng xǐ fā cái in Mandarin) or (Kung hei fai choi in Cantonese), meaning “Wishing you a happy and prosperous Chinese New Year!” It is a special occasion for people to express good wishes to each other and to forgive, leaving behind all grudges and animosity from the old year.

Typically, on the first day of the festival, people would pay a visit to their elderly and respected by offering good wishes, whereas the elderly and senior would give gift money in red envelopes, known as hónɡ bāo. Recently, greetings sent by telephone or email have become popular. 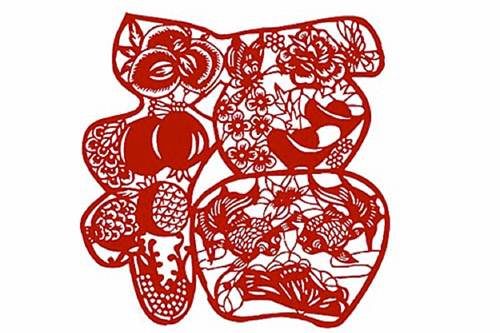 The Chinese character “Fu” (good fortune and prosperity). This lucky word is used across China throughout the Spring Festival. Image courtesy of Hanban, Confucius Institute headquarters.

A. The Chinese New Year ends with the Lantern Festival, which is celebrated by various kinds of activities, including folk dance, eating yuánxiāo (glutinous rice balls with various kinds of delicious fillings), playing games of riddle, and organizing festive parades enhanced by lustrous lanterns of various styles. This festival is sometimes known traditionally as China’s Valentine’s Day when singles hope to meet with a companion. Needless to say, setting off firecrackers is an important part of the Chinese New Year and also of the Lantern Festival.

Q. What is the significance of the Year of the Dragon?

A. In the Chinese Zodiac, the dragon is an auspicious creature. Unlike the devilish looking and greedy image it has in the Western cultural imagination, the Chinese dragon is a symbol of power, strength, good luck, excellence, valiancy and boldness, heroism and perseverance, potency and longevity, nobility and divinity. As such, in the old days, it was regarded as an emblem of a Chinese emperor who protected his people.

As the Chinese economy has become the second largest in the world, it has also a lot of problems to address both at home and abroad, particularly when its economic outlook seems to be shadowed by the downturn of the U.S. economy and the Eurozone crisis.

The Chinese wish that the dragon as a lucky mythological creature will continue to bring good health and fortune, wealth, prosperity, power and longevity to them as they march onto the international arena. 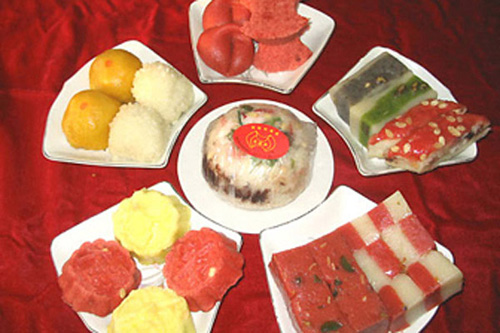