Brand Loyalty Increases When Other Customers Look, Act Like Us

EAST LANSING, Mich. — The more other customers look and act like us, the more likely we are to stay loyal to a particular store or product, according to a groundbreaking study co-authored by a Michigan State University marketing expert.

Surprisingly, the presence and behavior of other customers is just as important to brand loyalty as customer service, said Clay Voorhees. As a real-world example, he noted the fact that Abercrombie & Fitch offered to pay troublemaking cast members of the MTV reality show “The Jersey Shore” to stop wearing its clothes. 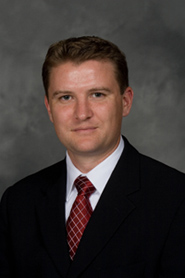 “We’re sizing up other customers all the time,” said Voorhees, assistant professor of marketing in the Broad College of Business. “Customers want to be around people they relate to, and the effect that the image of other customers has on loyalty was surprisingly dramatic.”

The study, which appears in the Journal of Retailing, is the first comprehensive examination of the role of other customers on customer loyalty.

Voorhees, along with scholars from Iowa State University and Texas Christian University, studied the customer loyalty of more than 840 people in three settings – a clothing store, a sit-down restaurant and a theme park.

“Basically, do I feel like they’re the same type of person as me?” said Voorhees. “Do they look good? Do they behave? These factors increase the likelihood of people returning to the store.”

Companies that incorporate these factors into their marketing efforts could increase loyalty by 30 percent – nearly doubling the ability to predict customer loyalty compared to traditional survey approaches that narrowly focus on the quality of service provided by the employees.

Voorhees said most companies today have become good at customer service and managing their employees.

“So the next frontier is how to better manage their portfolio of customers,” he said. “This might give them the advantage for increasing customer loyalty.”

The importance of customer behavior was on display in 2011 when Abercrombie said “The Jersey Shore” characters’ “association with our brand could cause significant damage to our image.”