A growing body of evidence suggests that the brain plays a key role in glucose regulation and the development of type 2 diabetes, researchers write in the Nov. 7 ssue of the journal Nature. If the hypothesis is correct, it may open the door to entirely new ways to prevent and treat this disease, which is projected to affect one in three adults in the United States by 2050.

In the paper, lead author Dr. Michael W. Schwartz, UW professor of medicine and director of the Diabetes and Obesity Center of Excellence, and his colleagues from the universities of Cincinnati, Michigan, and Munich,  note that the brain was originally thought to play an important role in maintaining normal glucose metabolism  With the discovery of insulin in the 1920s, the focus of research and diabetes care shifted to almost exclusively to insulin. Today, almost all treatments for diabetes seek to either increase insulin levels or increase the body’s sensitivity to insulin.

“These drugs,” the researchers write, “enjoy wide use and are effective in controlling hyperglycemia [high blood sugar levels], the hallmark of type 2 diabetes, but they address the consequence of diabetes more than the underlying causes, and thus control rather than cure the disease.” 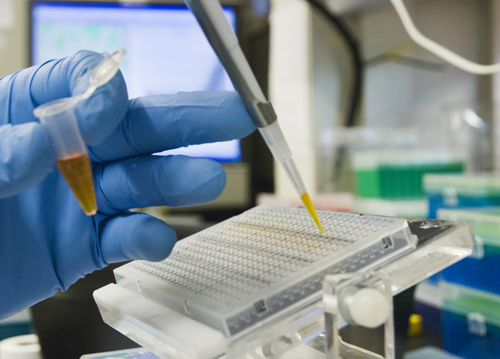 New research, they write, suggests that normal glucose regulation depends on a partnership between the insulin-producing cells of the pancreas, the pancreatic islet cells, and neuronal circuits in the hypothalamus and other brain areas that are intimately involved in maintaining normal glucose levels. The development of diabetes type 2, the authors argue, requires a failure of both the islet-cell system and this brain-centered system for regulating blood sugar levels .

In their paper, the researchers review both animal and human studies that indicate the powerful effect this brain-centered regulatory system has on blood glucose levels independent of the action of insulin. One such mechanism by which the system promotes glucose uptake by tissues is by stimulating what is called “glucose effectiveness.” As this process accounts for almost 50 percent of normal glucose uptake, it rivals the impact of insulin-dependent mechanisms driven by the islet cells in the pancreas.

The findings lead the researchers to propose a two-system model of regulating blood sugar levels composed of the islet-cell system, which responds to a rise in glucose levels by primarily by releasing insulin, and the brain-centered system that enhances insulin-mediated glucose metabolism while also stimulating glucose effectiveness.

Boosting insulin levels alone will lower glucose levels, but only addresses half the problem. To restore normal glucose regulation requires addressing the failures of the brain-centered system as well. Approaches that target both systems may not only achieve better blood glucose control, but could actually cause diabetes to go into remission, they write.

This work was partly funded by National Institutes of Health grants DK083042, DK093848 and DK089053, and the UW Nutrition Obesity Research Center and Diabetes Research Center, and the Helmholtz Alliance  for Imaging and Curing Environmental Metabolic Diseases, through the Initiative and Networking Fund of the Helmholtz Association.