Being online dating expert still we are doing 5 big mistakes

If you look at the lives of singles there are many who are seen busy planning for things like dating. With the advent of a number of online dating sites, the idea of dating has become simpler and accessible by all. Earlier people feared approaching a girl or a boy however, with anonymity over the web you do not hesitate in approaching women/men for dating. However, whether you happen to be an expert or a novice in online dating one thing is sure, you are bound to make mistakes. The experts might commit fewer mistakes while the newbie would do more. Before you consider yourself as an over confident fellow for being an online dating expert, make sure you check certain mistakes even the seasoned dating guys commit. The following are the big 5 mistakes which experts commit. Let’s check them out:

When it comes to making a profile for online dating, many seasoned people are seen committing a mistake of putting inaccurate information on it along with posting older pictures or photos of their friends and other people. Make sure you list down the exact information as you never know you may lose a good person just for uttering a lie over your profile or for the picture you have posted. It is a big mistake, which even experts commit in online dating by starting a relationship with a lie. Never do this. 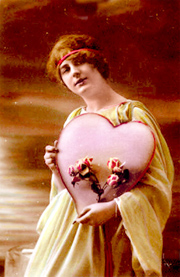 2). Appearing too self absorbed

You may find many profiles saying that they want a man or a woman to do N number of things for them. By enlisting your wishes and desires you simply end up making yourself as a taker, however, in online dating the rule says that you need to be a giver and not a taker. No one really wants to be with the taker kind of person, so avoid putting such list over your profile as it is considered as a big mistake in online dating.

You have invested so much time and money over the dating site but soon you are seen coming up with the standard kind of boilerplate messages. This also happens at the experts’ camp as well, wherein they are seen simply copying and pasting vague and lame kind of messages. Such messages can dilute the relationships and make your lady go away from you. She should feel special through your messages rather than getting bored from them.

There are many (including the experts) who send out winks in their online dating day to day activities. If you do this, you simply give a message to the woman or man that you didn’t even know them properly and are merely passing time. Instead of merely passing out the winks you are supposed to type here proper messages of hello and hi.

5). Asking for too personal details too early

Another mistake experts commit in online dating is to ask the woman or man too personal questions in the early stage of your relationship. There are many who after posing the basic messages like hi and hello followed by asking their real contact details. Doing this is simply killing your potential relationship on the dating site then and there. Instead you should go slowly and steadily. Hence avoid scaring the other person by asking too personal things at too early stage.

People are bound to make mistakes including the experts in online dating. Rather than being an overconfident person, you need to avoid these mistakes as discussed above then only you can have a successful online dating.

*Author’s Bio: Brianne Walter is a freelance journalist who has been writing about mobile technology, customer relationship management and women’s health for more than a decade. These days she is busy to contributes on amplify