Blast concussions could cause pituitary deficiencies in war vets

Many veterans suffering from blast concussions may have hormone deficiencies that mimic some of the symptoms of post-traumatic stress disorder and depression, according to researchers with the Department of Veterans Affairs Puget Sound Health Care System and the University of Washington.

The researchers screened 35 veterans with blast injuries. They found that 42 percent had irregular hormone levels indicative of hypopituitarism, a condition that can often be controlled by replacing the deficient hormones.

“This could be a largely missed opportunity for successful treatment,” said Charles W. Wilkinson, study leader and a UW research associate professor in psychiatry and behavioral sciences.

He said up to 20 percent of veterans returning from Afghanistan and Iraq have experienced at least one blast concussion. He said many of these veterans have a problem so under-recognized that even military physicians may fail to look for it. 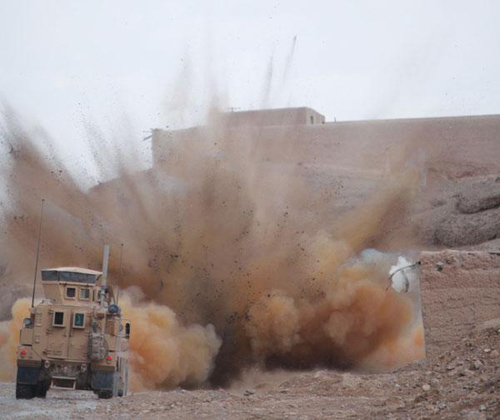 Results from the study, “Prevalence of chronic hypopituitarism after blast concussion” by Wilkinson, Elizabeth A. Colasurdo, Kathleen F. Pagulayan, Jane B. Shofer, and Elaine R. Peskind, were presented at the Experimental Biology 2013 Meeting April 22 in Boston. The resultswere published in Frontiers in Neurotrauma last year, but the presentation included new data as well and the results be published again.

Wilkinson said studies in the past few years have suggested that 25 to 50 percent of people who suffer traumatic brain injuries later have low pituitary hormone levels — a decrease in the concentrations of at least one of eight hormones produced by the pituitary, a gland beneath the base of the brain.

Wilkinson said these studies focused on head injuries that civilians are more likely to receive, such as an automobile accident. He and his team decided to investigate whether veterans returning from Afghanistan and Iraq who suffer blast injuries show a similar frequency of hypopituitarism. 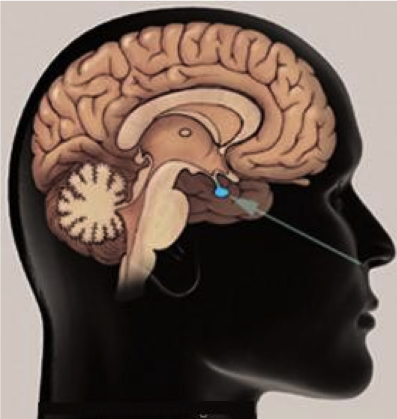 The tiny, pendulous gland shown in blue is the pituitary. Image credit: University of Washington

They collected blood samples from 35 veterans diagnosed with a blast concussion about a year prior — enough time for hormone changes to become evident. They then did a screen to compare blood concentrations of the eight hormones produced by the pituitary with the documented normal levels of these hormones.

The researchers found that about 42 percent of these veterans showed abnormally low levels of at least one of these hormones. The most common low hormone was human growth hormone, which can cause behavioral and cognitive symptoms similar to PTSD and depression. Low levels can also cause increases in blood lipids and changes in metabolism and blood pressure that can raise the risk of heart attack and stroke. The second most common problem was hypogonadism, changes in sexual hormones that can affect body composition and sexual function.

The researchers saw that some veterans had abnormal levels of vasopressin and oxytocin. Low levels of these hormones make it harder for people to bond with others and are linked to other mental health issues. Problems with these hormone levels, in addition to growth hormone, could contribute to difficulties with personal relationships, Wilkinson said.

He said the prevalence of hypopituitarism in the general population is estimated at 0.03 percent, a value far lower than that found in veterans with blast concussions. Therefore, more research is needed into victims of blast concussions.

“We’re screening hormone levels, not diagnosing definite disorders in this study,” he said. “These individuals would still need a clinical evaluation.” But, he said, if even 10 percent of these veterans have hypopituitarism, it’s a problem that physicians should be aware of.

The Departments of Defense and Veterans Affairs supported the study.