BERKELEY, CA — Saul Perlmutter, an astrophysicist at the U.S. Department of Energy’s Lawrence Berkeley National Laboratory and a professor of physics at the University of California at Berkeley, has won the 2011 Nobel Prize in Physics “for the discovery of the accelerating expansion of the universe through observations of distant supernovae.” Perlmutter heads the international Supernova Cosmology Project, which pioneered the methods used to discover the accelerating expansion of the universe, and he has been a leader in studies to determine the nature of dark energy.

Perlmutter shares the prize with Brian Schmidt and Adam Riess, leader of the High-z Supernova Search Team and first author of that team’s analysis, respectively, which led to their almost simultaneous announcement of accelerating expansion.

On learning of the award, Perlmutter said, “I am delighted, excited, and deeply honored. It’s wonderful that the Nobel Prize is being awarded for results which reflect humanity’s long quest to understand our world and how we got here. The ideas and discoveries that led to our ability to measure the expansion history of the universe have a truly international heritage, with key contributions from almost every continent and culture. And quite appropriately, our result – the acceleration of the universe – was the product of two teams of scientists from around the world. These are the kinds of discoveries that the whole world can feel a part of and celebrate, as humanity advances its knowledge of our universe.” 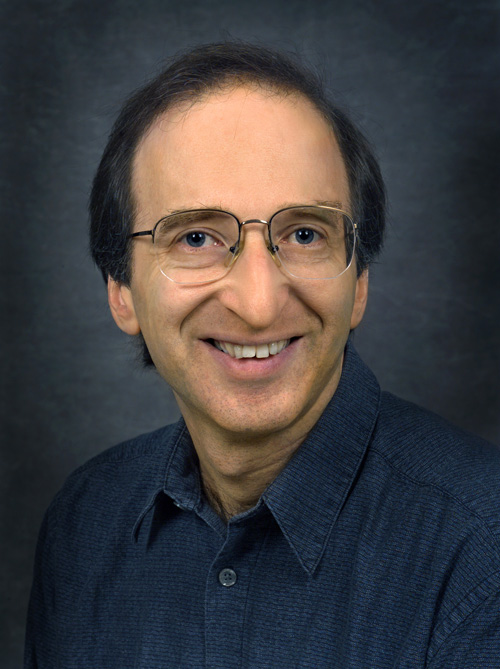 Berkeley Lab’s Director, Paul Alivisatos, said, “I extend my warmest congratulations to Saul Perlmutter, Brian Schmidt, and Adam Riess for their receipt of the Nobel Prize in Physics, honoring the independent discovery by their two teams of the accelerating expansion of the universe, propelled by dark energy. By revealing that what we can see and understand in the sky represents only a few percent of a much larger reality – a cosmos filled with mystery and demanding exploration – these researchers and their colleagues have opened a new path leading toward fundamental discoveries about the origin and fate of the universe. I’m particularly proud that some of the earliest steps on this path were taken here at Berkeley Lab with the founding of the Supernova Cosmology Project in the late 1980s.”

George Smoot III, the Berkeley Lab astrophysicist who won the Nobel Prize in Physics in 2006 for his discovery of the anisotropy of the cosmic microwave background radiation, said, “It is with great pleasure that I congratulate my colleague Saul Perlmutter, and his co-winners Adam Riess and Brian Schmidt, on receiving the Nobel Prize for their work on discovering the accelerating expansion of the universe. This has generated a new field of study given the title Dark Energy, and excited the minds of many. We look forward to their continued success and the development of the field that they have initiated. Best wishes and congratulations. It will be an exciting ride to and through the Nobel Ceremony.”

The accelerating expansion of the universe was discovered after years of work by the Supernova Cosmology Project, an international collaboration of researchers from the United States, France, Sweden, the United Kingdom, Chile, Japan, Spain, and other countries, based at Berkeley Lab. The Supernova Cosmology Project was cofounded by Perlmutter in 1988 to devise methods of using distant supernovae to measure the expansion rate of the universe.

Another group of astronomers and physicists began a similar search in the mid-1990s, reaching the same conclusion at nearly the same time as the Supernova Cosmology Project. The independent findings of the Supernova Cosmology Project and the High-Z Supernova Search Team, led by Schmidt and of which Riess was a prominent member, were jointly named the “breakthrough of the year” by the journal Science in 1998.

The accelerating expansion of the universe implies the existence of so-called dark energy, a mysterious force that acts to oppose gravity and increase the distance among galaxies. The nature of dark energy is unknown and has been termed the most important problem facing 21st century physics.

The 2011 Nobel Prize in Physics recognizes this profound shift in the paradigm of modern physics and cosmology. The Physics prize consists of a diploma, a gold medal, and 10 million Swedish kroner (about 1.5 million U.S. dollars, with one half to Perlmutter and the other half jointly to Schmidt and Riess. The Nobel award ceremony and banquet will be held December 10 in Stockholm, Sweden.

More about Saul Perlmutter and his role in the discovery of the accelerating universe and dark energy will be posted on Berkeley Lab’s home page at https://www.lbl.gov.

More about the Supernova Cosmology Project at https://panisse.lbl.gov/.