An Aspirin a Day Keeps the Cancer Away 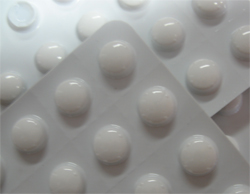 Or does it? Fresh research from Oxford University seems to reveal that a low dose of aspirin taken over a substantial period of time produces promising results, indicating that the death rates of many types of cancer reduce greatly. In fact, the evidence presented is staggering and if true, would be a medical breakthrough of exponential proportions.

Let us be optimistic, for cancer is a disease which has cut across most families around the globe.  Few of us have not lost a grandparent, parent, uncle or aunt to this disease, in some cases even brothers, or worse still, nephews or nieces…or worse still, sons or daughters, grandsons and daughters. Now it seems there is good news which does not involve chemo-therapy or radio-therapy, which create many success stories but also many victims.

The good news from the study undertaken by Oxford University is that a daily dose of a low intake of aspirin reduces the death rate from a number of cancers, significantly. In global terms, there was a drop of 20% in the death rate from cancer in the group which consumed aspirin.

Aspirin does pose a health hazard, when taken over a long period of time: stomach haemorrhages. However the new research points towards exponential benefits of taking reduced doses of aspirin, or acetylsalicylic acid, over time. Its systematic name is 2-(acetyloxy)benzoic acid. The chemical formula of aspirin is C9H8O4.

Weighing up the benefits

Professor Peter Rothwell, of the Department of Clinical Neurology of Oxford University, considers that “These results do not mean that all adults should immediately start taking aspirin but they do demonstrate major new benefits that have not been previously factored into guideline recommendations”.

Trials performed by Professor Rothwell have shown that a daily intake of 75 mg. of aspirin taken over five years, reduces the incidence of bowel cancer by over 33%. The tests reveal that the effects are only beneficial after a period of administration of five years or more.

And how. A five-year intake of the above-mentioned dose of aspirin resulted in a reduction of 34% in death rates for all cancers; 54% less for cancers of the gastro-intestinal tract, the oesophagus, stomach, bowel, pancreas and liver. The results showed improvements in the condition of cancer patients after differing periods of time, depending on the type of cancer.

This means that those in their 40s or 50s, who take a reduced amount of aspirin (mentioned above) could have a substantial chance of reducing their risk of developing cancer.