EAST LANSING, Mich. — Companies that spend millions of dollars sponsoring events need to be careful how and when they spend that money, as often their return on investment is difficult to measure. And occasionally it even benefits their competitors.

In a paper recently published in the Journal of Advertising, a team of researchers led by a Michigan State University faculty member found that the average consumer may not have a clear memory for the current sponsor of an event, especially if this sponsor is taking over from another. 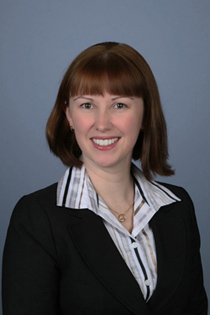 Anna McAlister is an assistant professor of advertising, public relations and retailing. She and colleagues have a paper published in the Journal of Advertising that warns companies of the dangers of spending large amounts of money on corporate sponsorships. Image credit: Michigan State University

Anna McAlister, an MSU assistant professor of advertising, public relations and retailing, said her team found that in more cases than not a consumer will tend to connect the “old” sponsor with an event instead of the new one.

“Our findings show that when an “old” sponsor is replaced by a “new” sponsor, people are aware of the correct sponsor at the time of the event, but a little later they revert to thinking that the old sponsor is still associated with the event,” she said. “This finding has important implications for incoming sponsors because it suggests their sponsorship dollars may be wasted as the old sponsor continues to benefit.”

McAlister and her colleagues reached that conclusion by conducting two different studies. In the first, participants were asked to name the sponsors of various high-profile events – for example, in Olympic broadcasting – at the time of the event and then again, six months later.

“At the time of the Olympics,” she said, “they mentioned the name of the old sponsor 26 percent of the time. Six months later that shot up to 79 percent. That is quite significant.”

In a second lab study, people listened to simulated television and radio shows that included a total of 12 sponsored events. On the first day, sponsors’ names were mentioned repeatedly. The second day, six of the events had a new sponsor, mentioned only once, while the other six had no mention of a sponsor.

“The results were exactly what we thought they’d be,” McAlister said. “For events with a replacement sponsor, participants frequently made errors when asked to name the event sponsor, but confusion was uncommon for the six events with no change in sponsorship.”

T. Bettina Cornwell, professor of marketing at the University of Oregon and collaborator on the project, said that a company considering sponsoring an event should think carefully about the previous sponsors. For example, if a bottled water brand like Dasani takes over from a direct competitor like Aquafina, it is easy to imagine that people might recall the old sponsor for some time since it is a lot like the new one.

So how does a company begin to ease its way into a recognizable sponsorship? McAlister says start early.

For example, if your company is going to sponsor a soccer tournament in June, start incorporating soccer stuff into your advertising in January. Then, if it is an annual event, advertise in the period in between events to remind people.

“The more you can jog people’s memories, to see you associated with that event, the better,” she said.