From providing living cells with energy, to nitrogen fixation, to the splitting of water molecules, the catalytic activities of metalloenzymes – proteins that contain a metal ion – are vital to life on Earth. A better understanding of the chemistry behind these catalytic activities could pave the way for exciting new technologies, most prominently artificial photosynthesis systems that would provide  clean, green and renewable energy. Now, researchers with the U.S. Department of Energy (DOE)’s Lawrence Berkeley National Laboratory (Berkeley Lab) and the SLAC National Accelerator Laboratory have taken a major step towards achieving this goal.

Using ultrafast, intensely bright pulses of X-rays from SLAC’s Linac Coherent Light Source (LCLS), the world’s most powerful X-ray laser, the researchers were able to simultaneously image at room temperature the atomic and electronic structures of photosystem II, a metalloenzyme critical to photosynthesis.

“This is the first time that femtosecond X-ray pulses have been used for the simultaneous collection of both X-ray diffraction (XRD) and X-ray emission spectroscopy (XES) at room temperature of a metalloenzyme crystal,” says Junko Yano, a chemist with Berkeley Lab’s Physical Biosciences Division who was one of the leaders of this research. “Collecting both diffraction and spectroscopy data from the same crystal under the same conditions is required for a detailed understanding of the mechanisms behind metalloenzyme catalysis.” 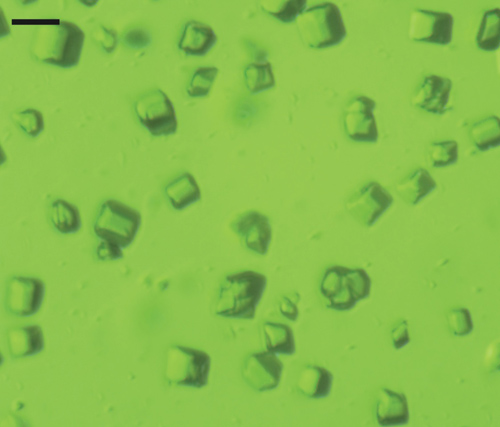 Green crystals, thousandths of a millimeter in size, preserve the molecular structure and activity of photosystem II, the molecule that photoxidizes water into molecular oxygen. (Image courtesy of Jan Kern, Berkeley Lab)

Yano is a corresponding author, along with Vittal Yachandra, also a chemist with Berkeley Lab’s Physical Biosciences Division, and Uwe Bergmann, a physicist with SLAC, of a paper about this research in the journal Science. The paper is titled “Simultaneous Femtosecond X-ray Spectroscopy and Diffraction of Photosystem II at Room Temperature.” (See below for full list of co-authors.)

Photosystem II, a large protein complex in green plants, algae and cyanobacteria, is the only known biological system able to harness sunlight for the oxidation of water into molecular oxygen. Photooxidation of water by photosystem II is responsible for most of the oxygen in Earth’s atmosphere. At the core of photosystem II is a manganese-calcium (Mn4Ca) complex that when energized by solar photons catalyzes a four photon-step cycle of oxidation states (S1-to-S4) that ultimately yield molecular oxygen. Scientists need to observe intact X-ray crystallography of the Mn4Ca ion in action but the molecule is highly sensitive to radiation.

“X-ray damage to metalloenzyme crystals has been a big issue for scientists even when the crystals were imaged at cryogenic temperatures,” Yachandra says. “The LCLS is the world’s only source of X-rays at this time capable of providing femtosecond pulses at the high intensities that enabled us to image intact photosystem II crystals before they were destroyed by exposure to the X-ray beams.” 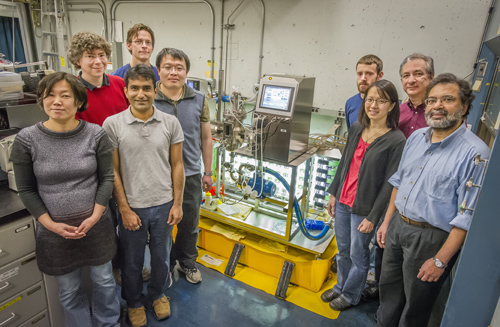 Berkeley Lab researchers led a study of the photosystem II protein complex that could one day pave the way for renewable energy through artificial photosynthesis. (Photo by Roy Kaltschmidt)

SLAC’s LCLS is an X-ray free electron laser (XFEL) powered by a two-mile-long linear accelerator (or linac) that generates pulses of X-ray light on a femtosecond timescale. These pulses are more than a billion times brighter than those from the most powerful synchrotrons. SLAC is operated by Stanford University on behalf of DOE.

With their simultaneous XRD/XES experiments, Yano, Yachandra and their colleagues were able to observe the geometric structure and follow changes in the electronic structure of the Mn4Ca catalyst as they pumped the photosystem II crystal with visible-light laser pulses to simulate solar photons.

“We were able to unequivocally show that both the photosystem II complex and the Mn4Ca complex remain intact through the first two steps (S1 and S2) of the photooxidation process,” says Yachandra.

Says Nicholas Sauter, Berkeley Lab computer scientist and a co-author of the study, “To be able to draw these conclusions, we’ve developed new software tools and are learning how to process the large amounts of data generated by studies such as this in real time.” 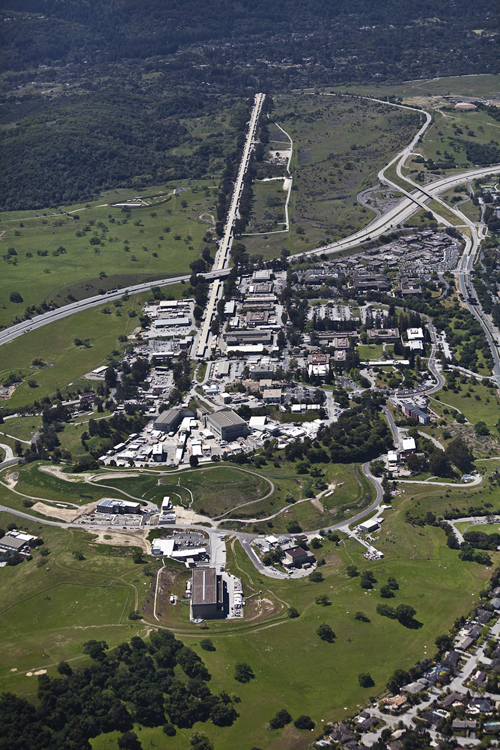 For the next phase of this research, the researchers plan to study the final two steps in the photosystem II water-splitting process. Understanding how photosystem II is able to split water molecules into oxygen, electrons and hydrogen ions is crucial to the development of an effective and efficient artificial version of photosynthesis that could produce liquid fuels from nothing more than sunlight, carbon dioxide and water.

“Getting critical snapshots of the final photon steps in the photosystem II machinery would really answer all of the questions we have at the moment about how this system works,” says Jan Kern, a chemist with Berkeley Lab’s Physical Biosciences Division and SLAC who is the first author of the Science paper.

Says Yano, “We’re interested in understanding the design principles in natural photosynthesis, which can only be obtained by collecting data from all the states and that will be useful for making artificial light-driven catalysts for water-splitting.”

Beyond photosystem II and photosynthesis, the Berkeley Lab/SLAC team has demonstrated that simultaneous XRD and XES studies using ultra-short ultra-bright X-ray pulses can be used for future time-resolved studies of light-driven structural changes within protein and metal cofactors, and of chemical dynamics at the catalytic metal centers of metalloenzymes under functional conditions.

“We expect that this method will be applicable to many metalloenzymes, including those that are known to be very sensitive to X-ray photo-reduction and radiation damage, and over a wide range of time scales, starting with femtoseconds,”  Yano says.

In addition to Berkeley Lab and SLAC, other institutions  participating in this study were the Technical University Berlin in Germany, Umeå and Stockholm Universities in Sweden, and the European Synchrotron Radiation Facility in France.

This work was supported by the DOE’s Office of Science, the National Institutes of Health, the German Research Foundation (DFG), the Alexander von Humbolt Foundation, Umea University, the K&A Wallengberg Foundation, and the Swedish Energy Agency.