Yale scientists have solved a puzzle of the immune system: how antibodies enter the nervous system to control viral infections. Their finding may have implications for the prevention and treatment of a range of conditions, including herpes and Guillain-Barre syndrome, which has been linked to the Zika virus. 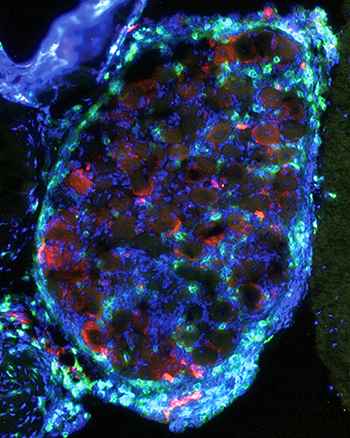 Many viruses — such as West Nile, Zika, and the herpes simplex virus — enter the nervous system, where they were thought to be beyond the reach of antibodies. Yale immunobiologists Akiko Iwasaki and Norifumi Iijima used mice models to investigate how antibodies could gain access to nerve tissue in order to control infection.

“This is a very elegant design of the immune system to allow antibodies to go to the sites of infection,” said Iwasaki. “The CD4 T cells will only go to the site where there is a virus. It’s a targeted delivery system for antibodies.”

The finding has multiple implications, said the researchers. Without CD4 T cells, antibody-based therapies that are being developed for conditions like herpes may not be sufficient to control infection, Iwasaki noted. Conversely, for antibody-mediated autoimmune diseases such as Guillain-Barre, “it may be beneficial to block CD4 from entering the neuronal tissues,” she said.

The study was funded by the National Institutes of Health, and the Howard Hughes Medical Institute and was published May 18 in Nature.