Yale Scientists Identify Gene That Controls The Spread of Melanoma

Yale Cancer Center researchers have identified a gene in melanoma that can dramatically affect the spread of the disease. The study, published in the journal Cancer Cell, provides new insight into how melanoma metastasizes in patients with advanced disease, and which organs are most likely to be affected. These findings could potentially lead to new drug treatments.

Malignant melanoma is the most deadly form of skin cancer, accounting for 80 percent of all skin cancer deaths. Nearly all melanoma deaths are a result of metastasis, which can occur early in the course of tumor growth in the skin. 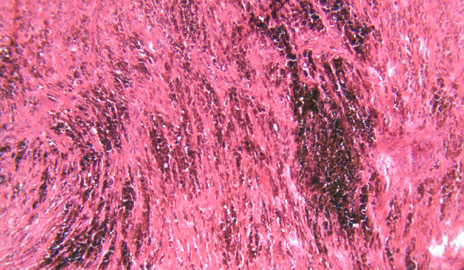 Their study demonstrated that beta catenin can control melanoma metastasis to the lymph nodes, lungs, intestine, and spleen.  “We have been interested in trying to understand the process of metastasis for some time,” said Marcus W. Bosenberg, M.D. associate professor of dermatology and pathology at Yale School of Medicine, and senior author on the study. “We are excited about this new model, as it shows that a gene can enhance metastasis when activated and dramatically reduce metastasis when inactivated. However, there is still much work to be done to see exactly how this happens.”

The authors also found that the effects of beta catenin mutation are strongly dependent on what other mutations were also present. “Our approach has been to develop new models of cancer formation based on the changes seen in human melanoma. In this case, mutation of beta catenin had dramatic effects on metastasis, but only when it occurred along with other mutations that activate the Braf gene, which is involved in cell signaling and growth, and inactivate the Pten gene, which is a tumor suppressor,” Bosenberg explained..