Xbox at 10: A Decade of Gaming

*A decade after its introduction, Xbox has grown into a global gaming phenomenon. A selection of highlights from the past 10 years.*

REDMOND, Wash. (Nov. 15, 2011) –– It’s hard to believe, but 10 years ago today, Microsoft introduced the world to Xbox, noting that the gaming system was “erupting” on the scene. The gaming system set sales records, with 100,000 units per week shipping to retailers in the first weeks after its launch. According to NPD Group, Microsoft sold 1.5 million Xbox units in North America between the Nov. 15 launch and the end of calendar year 2001, making Xbox the best-selling video game console launch on record.

A decade later, Xbox 360, Xbox LIVE and Kinect for Xbox 360 are hits around the world. Xbox LIVE currently has 35 million members worldwide who spend 2.1 billion hours a month on the service. Introduced a year ago, Kinect for Xbox 360 set a Guinness World Record as the fastest-selling consumer electronic device, selling 8 million units in 60 days.

Here are just some of the highlights from the past 10 years of Xbox. 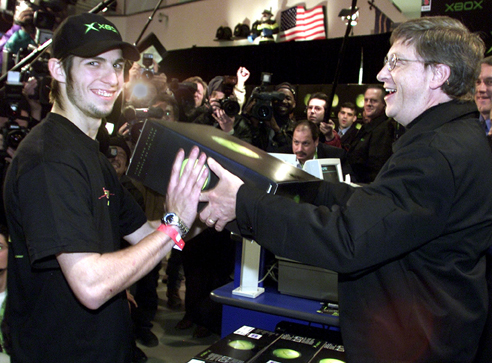 About the image: Bill Gates hands over the first Xbox video game system ever sold to Edward Glucksman of Keansburg, New Jersey, at the Toys “R” Us store in New York City shortly after midnight, November 15, 2001. Image credit: Microsoft 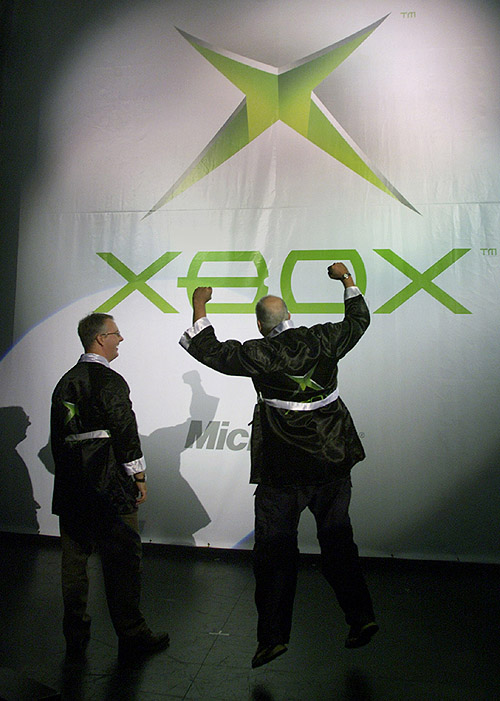 About the image: J. Allard (R), then general manager of Xbox, and John O’Rourke, director of Xbox marketing, unveil the new logo for the upcoming game console at a news conference September 20, 2000, in San Francisco, Calif. Image credit: Microsoft 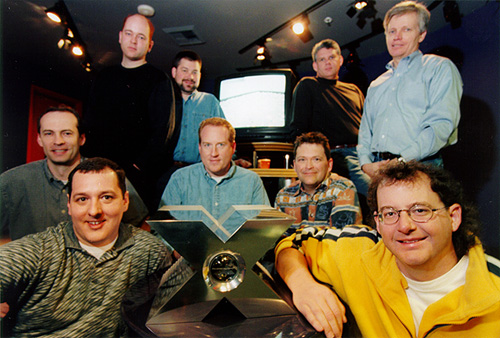 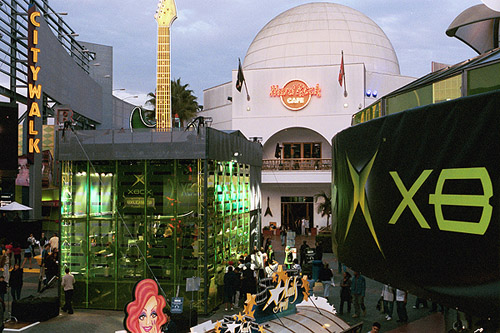 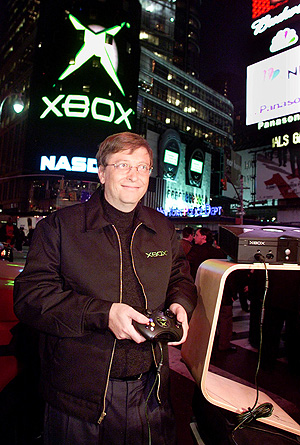 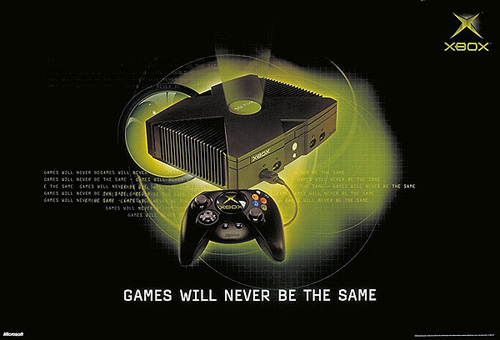 About the image: Early Xbox marketing poster used the tagline: “Games Will Never be the Same” and included the “Duke” controller. Image credit: Microsoft 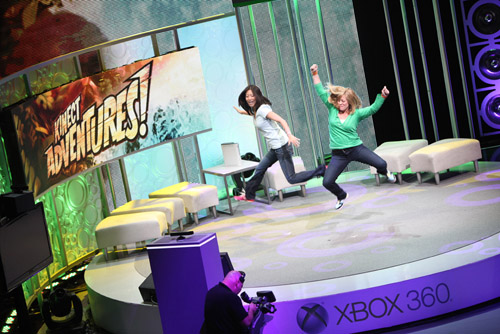 About the image: Demonstrated at E3 2010 in Los Angeles was “Kinect Adventures,” a controller-free experience that allows players to jump, dodge and kick their way through exciting adventures. June 14, 2010. Image credit: Microsoft 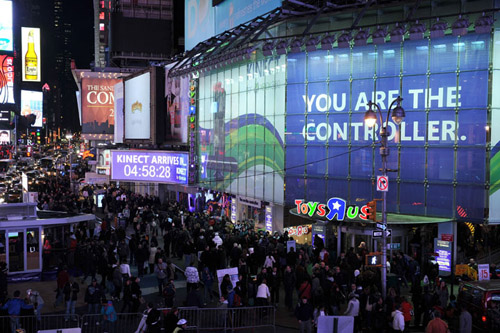 About the image: A crowd lines up to be among the first to buy Kinect for Xbox 360 at midnight at the Toys “R” Us store in Times Square. New York City, November 3, 2010. Image credit: Microsoft