With Global Warming, Arctic Access Will Diminish By Land But Improve By Sea

Global warming over the next 40 years will cut through Arctic transportation networks like a double-edged sword, limiting access in certain areas and vastly increasing it in others, a new UCLA study predicts.

“As sea ice continues to melt, accessibility by sea will increase, but the viability of an important network of roads that depend on freezing temperatures is threatened by a warming climate,” said Scott Stephenson, a UCLA graduate student in geography and the study’s lead author.

Winners are expected to be coastal communities, coastal resource-extraction operations, tourism, fishing, and shipping concerns, the researchers say. Potential losers include inland mining and timber operations, inland oil and gas drilling, and smaller inland communities, often inhabited by indigenous peoples. Even northern Canada’s famed Tibbitt–Contwoyto “diamond road,” said to be the world’s most lucrative ice road, is expected to suffer, according to the researchers.

The findings appear in the June issue of the peer-reviewed scholarly journal Nature Climate Change.

“Popular perception holds that climate warming will mean an opening up of the Arctic, but our study shows that this is only partly so,” said co-author Laurence C. Smith, a UCLA professor of geography and author of “The World in 2050: Four Forces Shaping Civilization’s Northern Future” (Dutton Books, 2010). “Rising maritime access for ships will be severely countered by falling vehicular access on land.” 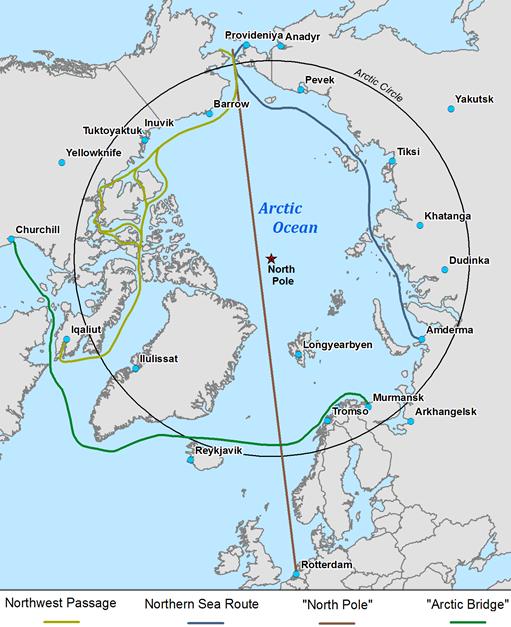 Along with veteran UCLA geographer John A. Agnew, Stephenson and Smith integrated existing accessibility models for the Arctic with the National Center for Atmospheric Research‘s widely used climate models for the coming century. The researchers averaged month-to-month accessibility rates for two time periods: 2010 to 2014 and 2045 to 2059.  They then compared the two scenarios.

A major casualty will be temporary ice roads, according to the study. Constructed across frozen ground, lakes, rivers and swampy areas using compacted snow and ice and applied sheets of ice, these roads currently provide access to vast swaths of inland terrain where the construction of all-weather roads is not economically viable.

As a result, all eight countries that border the Arctic — Canada, Finland, Greenland, Iceland, Norway, Russia, Sweden and the United States — are expected to experience declines in winter-road land accessibility. Losses in access range from 11 percent to 82 percent, depending on the area, the geographers calculate. 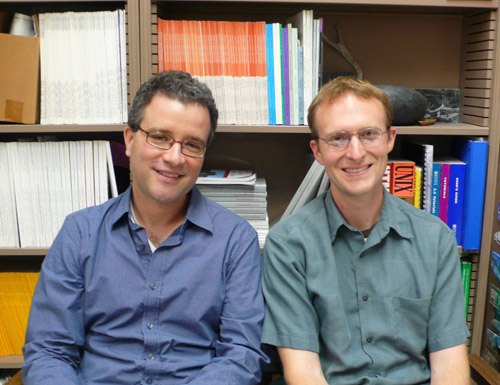 In absolute terms, Canada and Russia stand to lose the most winter-road potential as rising temperatures will prevent up to 400,000 square miles from hardening into potential roadways, the researchers found. By 2020, the Tibbitt–Contwoyto winter road, popularized in the History Channel reality television series “Ice Road Truckers,” is projected to lose 17 percent of its eight- to 10-week operating season.

With the losses will come severe delays, as overland travelers are forced to combine vehicular transportation with slower means of travel, such as ferries.

An example provided in the study is a land route from the Northwest Territories capital of Yellowknife to the distant northern Canadian community of Bathurst Inlet. By mid-century, the trip, which now takes 3.8 days is expected to drag out for 6.5 days.

The study looked at accessibility for two-ton vehicles, the equivalent of a standard sedan. Losses are expected to be greater for big rigs, the researchers point out. A future project involves refining the model for a greater range of vehicles.

“Remote communities that rely on winter roads, especially those that are inland, may have to switch to air cargo services, which will dramatically increase the costs of supplies,” Stephenson said. “That would make life that much harder in these communities.”

By contrast, climate change is expected to breathe new life into coastal communities by increasing shipping throughout the Arctic, especially for Type A vessels, which have limited ice-breaking capabilities. (These vessels are used widely for commercial shipping in the Baltic Sea and northern Canada, but less costly vessels without ice-breaking abilities remain the norm in global shipping today, and their accessibility rates in 2050 are the subject of a future study by the same team.)

By 2050, three of the four major shipping routes will be fully accessible from July to September to Type A vessels, the study predicts. One shipping route is so new that it does not yet have a formal name. Stretching from Rotterdam, the Netherlands, to the Bering Strait, the passage was dubbed the “North Pole Route” by the study’s authors.

“If you can imagine taking a boat from Europe directly to Alaska, that would be possible according to our results for the North Pole Route,” Smith said.

Ironically, the sea route that is not expected to become fully passable for the entire summer is the one for which explorers have held the most hope — the Northwest Passage. Still, stretching from the small Canadian archipelago community of Iqaluit to the Alaskan coastal town of Nome, the route is expected to become 30 percent more accessible to Type A vessels by 2050, the UCLA geographers calculate.

Greenland, Canada, Russia and the United States will enjoy increased access to their exclusive economic zones — the offshore waterways to which they have exclusive access for fishing and other resource extraction activities, the study states. Arctic high seas, meanwhile, will become four times more accessible, as approximately 700,000 square miles become newly navigable by Type A vessels.

“This will be good news for global shipping interests, who stand to reap savings by moving cargo through these passages rather than through the Panama Canal, Suez Canal or the Strait of Malacca,” Stephenson said.