What life is like after retirement for labourers in Bangladesh – Part1

Md Habibur Rahman, 60, was just sitting in a metallic three-wheeled cart at the corner of a lane of the main street of Dhaka, the capital of Bangladesh. He was waiting for some benevolent pedestrians of the city, home to more than 100 million people.

His eyes were half-closed and mind was wandering, and a reflection of ultimate hopelessness and irritation was evident on his face.

Rahman never thought of begging for his livelihood. But it is now a reality. 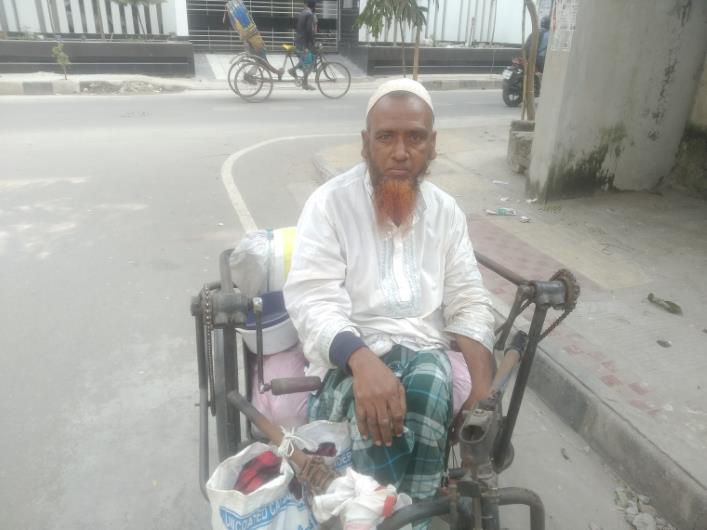 He spent more than half of his life toiling away at a state-run industry in Sirajganj, more than 120 km northwest of capital Dhaka, never expected to extend his hands for begging, a social problem in Bangladesh.

“I came to Dhaka for better earnings,” said Rahman.

When he retired in 2009 as a lineman, his retirement benefits totalled around Tk 7,00,000.
All the dues must be paid within 30 days from the date of retirement of a worker as per the labour law of Bangladesh. But it is yet to come true a decade into his retirement.

About five years ago, a stroke left him paraplegic, forcing him into the wheelchair which he paddles with his hands around the city he goes about begging.

“Who knew life would be like this?” said Rahman, heaving a heavy sigh. 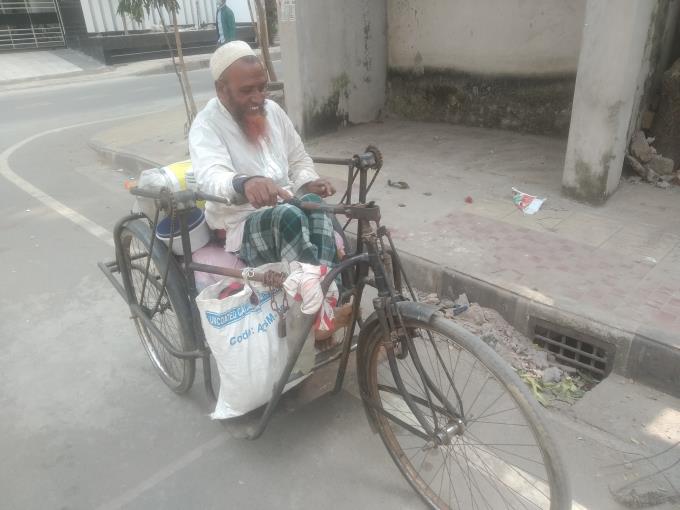 On some days, he failed to collect enough alms to end his meet let alone buying medicine. Unable to cope with the sudden poverty, his wife left him about four years ago as he cannot afford to take care of her. He has a daughter who married 10 years ago. He is almost oblivious of her, as there is no communication between him and his daughter for years.

Soon after retirement, he joined a leather factory. “I was up at 5:30 am and out on the factory until 5.00 pm,” said Rahman.

The work was physically demanding and mentally draining for him. It was tough to keep up with younger workers. “I am in pain. I have no social life. Young people can deal with the strains of the job,” he said.

“Then, I have no choice but to beg after my legs were paralysed,” he said. 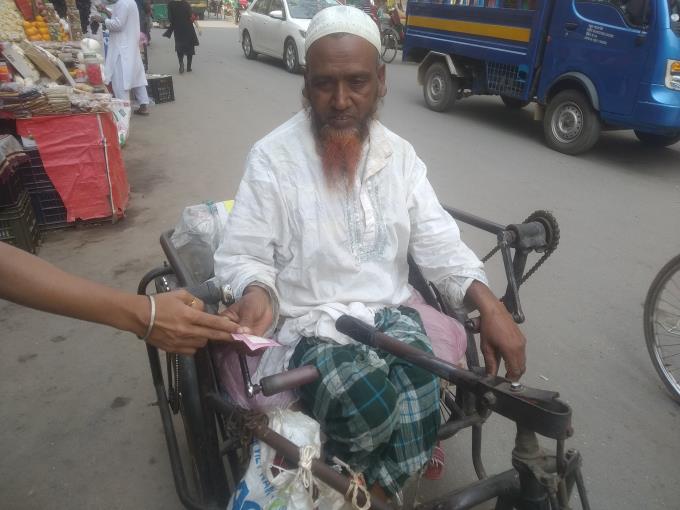 Rahman recalled that some of the workers managed to get parts of their retirement benefits, allegedly by offering kickbacks to each labour leader between Tk 15,000 and 25,000. But in most cases, the retired labourers or their families received nothing.

“The law brings nothing to the poor people like us. We were expected to be paid within 30 days. Ironically, it’s of no use,” said Rahman who is homeless now. He spends the night on a verandah of a mosque.

Many of his colleagues died waiting for the money for years. “What’s the use of money if we don’t get it while we’re alive?” said Rahman.

*The investigative report is conducted by Kayes Sohel, a free-lance journalist based in Dhaka, Bangladesh.

Prostitution’ as a second job: Stories of ‘Laila’ and ‘Chandra‘ – garment workers from Bangladesh