Imagine that an invisible, microscopic invader has found its way into your body and hijacked the cellular machinery that keeps you healthy. Inhabiting the gray area between living and nonliving, the invader can only reproduce once it makes its new home inside of your cells, eventually causing you to fall ill. How do physicians and scientists combat this uninvited guest?

Viruses long have been the subjects of scientific study, and researchers have uncovered just as many new questions as answers. The National Institutes of Health recently awarded two 5-year, $1.8 million grants to scientists Felicia Goodrum and Samuel Campos of the University of Arizona’s BIO5 Institute for their research into the fundamental nature of two common but devastating viruses affecting millions of people worldwide.

Goodrum, an associate professor in the Department of Immunobiology at the UA College of Medicine, studies human cytomegalovirus. CMV is transmitted through contact with saliva and urine and to a developing fetus during pregnancy, and it will infect 60 to 70 percent of the U.S. population by the age of 40. 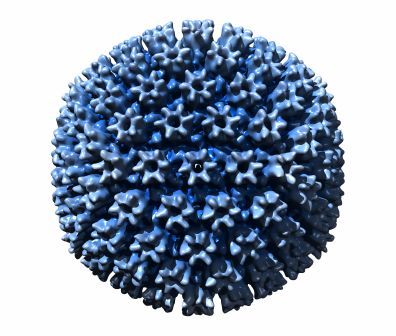 Model of a cytomegalovirus. Image credit: University of Arizona

The virus is capable of inhabiting every type of cell in the human body, and it will remain with its host for his or her entire life. In most people, the virus stays dormant unless they are immunocompromised. This means that people who are elderly, have recently had an organ transplant or suffer from other diseases of the immune system such as AIDS are at the highest risk for developing symptoms. In those afflicted, CMV can cause liver failure, retinal inflammation and bowel inflammation. 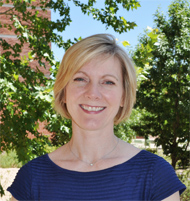 “CMV is a master of our biology in that it infects most healthy people without any sign of disease,” Goodrum said. “Viruses do not necessarily need to make us sick to ensure their survival.”

The most devastating effects of CMV are seen in its transmission from mother to child during pregnancy, affecting one in 150 live births in the U.S. CMV is the leading cause of birth defects and can result in cerebral palsy, seizures, vision impairment, hearing loss and intellectual disability.

According to Goodrum, the remarkable thing about CMV is its ability to induce and suppress its activity in response to cues from its host. Although antiviral drugs exist to treat CMV while it is active and replicating, there are no methods for targeting the infection in its dormant state, and there is no vaccine.

Goodrum and her team recently discovered a molecular switch that helps the virus suppress its own replication or pull itself out of dormancy based on environmental cues. Goodrum’s goal is to uncover the viral genes that CMV uses and the cellular processes targeted by these factors to control its own persistence.

“We need to better understand CMV’s complex relationship with its host,” Goodrum said. “If we could develop a drug that inhibited reactivation of the virus, we could prevent replication and disease.” 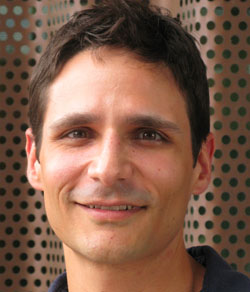 Campos, an assistant professor in the Department of Immunobiology, is investigating a virus known as human papillomavirus, or HPV. Transmitted primarily through sexual contact, HPV affects 79 million people in the U.S., and that number is growing at a rate of 14 million per year.

With more than 150 different types, HPV is so common that most sexually active men and women will become infected at some point in their life. While many people contract HPV without ever experiencing any symptoms, others develop genital warts and even cancer. HPV 16 and 18 account for 75 percent of cases of cervical cancer. Taken together, HPV infections are responsible for about five percent of cancer cases worldwide.

Campos wants to understand how HPV delivers its viral genome to a host cell nucleus so the virus can replicate. Specifically, he is interested in studying the structure and function of a protein called L2, which helps the virus ferry its genetic material across the host cell membrane. Campos explained that L2 is very similar among all types of HPV, suggesting that it may hold the key to creating better therapies and vaccines against infection.

“If we can understand the structure and function of L2, we could potentially apply this to the development of low-cost therapeutic compounds that would inhibit its action,” he said. “We may even be able to someday create an L2-based pan-vaccine that would elicit protection against all types of the virus.”

Moving the entire viral genome into a host cell is no easy feat, and precisely how L2 accomplishes this is not yet fully understood. Understanding these subcellular pathways is important because there are many different types of cellular alarm systems that normally detect invading viruses and alert the immune system. L2 may have evolved to quietly navigate the viral genome through these pathways without tripping many alarms.

If this is the case, then the way HPV infects cells may contribute to evasion of the immune system and viral persistence, increasing the risk of cancers developing down the road. The longer the infection is allowed to linger, the greater the cancer risk.

Both Goodrum and Campos emphasized the importance of basic research and the fundamental mechanisms of human biology that can be uncovered by studies like these. 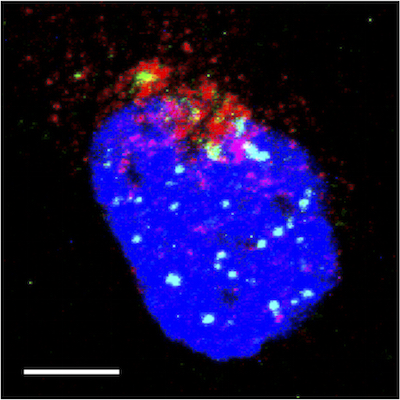 “CMV is an amazing model to study viral persistence,” Goodrum said. “Not only does it not cause disease in otherwise healthy people, it acts on cellular processes that are also important in cancer growth. It can teach us a lot about human biology.”

“So many biology fundamentals have been learned from studying viruses, important discoveries that researchers were never expecting to find,” said Campos, who explained that a host cell protein involved in HPV genome trafficking called gamma secretase also is implicated in Alzheimer’s disease. “This is why basic research is important — you never know what you might uncover.”