COLUMBIA, Mo. ­— In the past few years, the video game industry has grown from a niche market into a major part of mainstream media. This increase in popularity and use of technology has allowed video game developers to insert more detail and nuance into the storylines of their games. Many video games have begun incorporating religion as a key aspect to plot points and story lines. Greg Perreault, a doctoral student in the University of Missouri School of Journalism, found that the many newer-generation video games equate religion with violence in the game narratives. 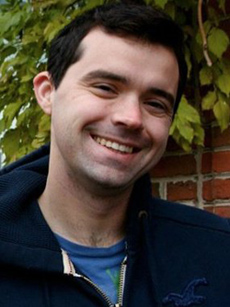 Perreault examined five recent video games that incorporate religion heavily into the storyline.  The video games he studied were “Mass Effect 2,” “Final Fantasy 13,” “Assassin’s Creed,” “Castlevania: Lords of Shadow” and “Elder Scrolls: Oblivion”. Perreault found that all of these video games problematize religion by closely tying it in with violence.

“In most of these games there was a heavy emphasis on a “Knights Templar” and crusader motifs,” Perreault said. “Not only was the violent side of religion emphasized, but in each of these games religion created a of problem that the main character must overcome, whether it is a direct confrontation with religious zealots or being haunted by religious guilt.”

While Perreault observed a relationship between violence and video games, he does not believe video game developers are creating an intentional commentary on religion.

“It doesn’t appear that game developers are trying to purposefully bash organized religion in these games,” Perreault said. “I believe they are only using religion to create stimulating plot points in their story lines. If you look at video games across the board, most of them involve violence in some fashion because violence is conflict and conflict is exciting. Religion appears to get tied in with violence because that makes for a compelling narrative.”

Perreault presented his findings at the Center for Media Religion and Culture Conference on Digital Religion.