ANN ARBOR, Mich.— University of Michigan researchers have discovered that a protein known to regulate cellular metabolism is also necessary for normal cell division in blood-forming stem cells. Loss of the protein results in an abnormal number of chromosomes and a high rate of cell death.

The finding demonstrates that stem cells are metabolically different from other blood-forming cells, which can divide without the protein, Lkb1. This metabolic difference could someday be used to better control the behavior of blood-forming stem cells used in disease treatments, said Sean Morrison, director of the U-M Center for Stem Cell Biology, which is based at the Life Sciences Institute.

“This raises the possibility that, in the future, we may be able to modulate stem cell function –when treating degenerative diseases or when performing cell therapies—by altering the metabolism of the cells,” said Morrison, a Howard Hughes Medical Institute investigator. “It opens up a whole new area of inquiry that, until now, had not been recognized.” 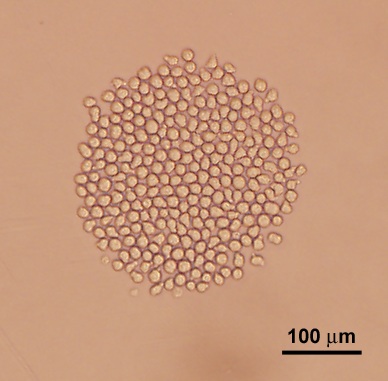 Lkb1 is a protein kinase that acts as a tumor suppressor and coordinates cellular metabolism with cell growth. Specifically, Lkb1 (and another kinase called AMPK) helps maintain a balance between a cell’s internal energy production and the process of cell division, sending signals to halt division when a cell lacks the energy needed to execute the process.

Few studies have examined stem cell metabolism. There’s been a widespread assumption among biologists that basic metabolic processes are broadly similar in most cell types.

In many types of cells, deleting the genes that make Lkb1 and AMPK leads to tissue overgrowth and the formation of tumors, presumably because the cells no long receive signals telling them to stop dividing.

Morrison’s team deleted the two genes in blood-forming stem cells of mice—the first time these genes have been “knocked out” in stem cells—then observed and measured the effects. Their results are reported in the Dec. 2 edition of the journal Nature.

“One obvious prediction you’d make, based on the outcome of previous studies, is that the cells would start to hyper-proliferate,” said Daisuke Nakada, a research fellow at the U-M Life Sciences Institute and first author of the Nature paper.

“But that’s not what we saw at all,” Morrison said. “Deletion of the Lkb1 gene induced cell death in blood-forming stem cells, and the cells disappeared faster than anything we’ve ever seen before.”

The observed cell death is likely due to defects in energy production within the stem cells, as well as another effect observed by Morrison’s team. They found that knocking out the Lkb1 gene derailed the cell division process, leading to unhealthy daughter cells with the wrong number of chromosomes.

Normal cell division, known as mitosis, results in the separation of replicated chromosomes and the formation of two daughter nuclei with identical sets of chromosomes and genes. Inside the dividing cell’s nucleus, a structure called a mitotic spindle pulls chromosomes into the daughter cells in an orderly fashion.

“The cells that survive this mayhem have an abnormal number of chromosomes, which we think leads to the death of a lot of cells,” Morrison said. “So Lkb1 is acutely required for blood-forming stem cells to divide properly.”

In addition to Nakada and Morrison, the other author of the Nature paper is Thomas Saunders, a research assistant professor in the Department of Internal Medicine at the Medical School and managing director of U-M’s Transgenic Animal Model Core.

Two other papers examining Lkb1’s role in regulating cellular metabolism in blood-forming stem cells appear in the same edition of Nature. Both papers are by Harvard University researchers and report results consistent with the U-M findings.