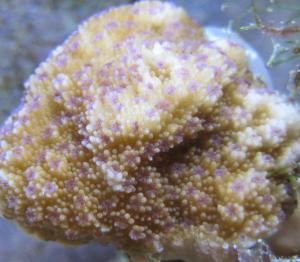 Coral reef ecosystems are one of the most diverse habitats on the planet, providing habitat for a wide variety of marine animals. Unfortunately, coral reefs and their associated fish, algae, and invertebrate species are in worldwide decline.  In 2009, 83 rare corals were petitioned to be listed under the United States Endangered Species Act. The National Oceanic and Atmospheric Administration (NOAA) National Marine Fisheries Service is currently reviewing the status of the coral on the petition. If the listing is granted, it will afford higher protection and designate critical habitat for these corals.  But are all the ‘species’ on this list really species?

A challenge to the evaluation is that coral “species” definitions are presently based on the coral skeleton, which can be so variable that it is often difficult to distinguish between groups. All 83 species on the petition can be found in the United States with 9 corals found in Hawai‘i. Identifying which of the corals on this list are endemic (unique to each region), rare, or at risk of extinction, may prove difficult because it is not clear which corals interbreed.

Scientists at the Hawai‘i Institute of Marine Biology (HIMB) examined the genetic and structural features of all the Hawaiian species from the common genus Montipora. Of these corals, three are under evaluation for listing under the Endangered Species Act (M. dilatata, M. flabellata, M. patula, morecommonly known as Hawaiian Reef Coral, Blue Rice Coral, and Sandpaper Rice Coral). Surprisingly, researchers found that colony shape, color, and growth form can vary wildly, and may be misleading as to their species identity.

The seven Hawaiian coral species were found to belong to one of only four closely related genetic groups. Fine-scale measurements of the surface texture matched these genetic groups. Therefore, according to the genes and surface texture, this study revealed two previously unknown species complexes in Hawai‘i; showing that corals previously thought to be very rare may interbreed with more common species. 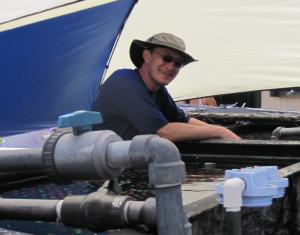 Dr. Zac Forsman of HIMB led the investigation and when asked about the recent discovery, he stated, “The scale of variation that corresponds to the species-level is not well understood in a lot of stony corals; this is a big problem for taxonomy and conservation. We need to determine if these species complexes contain species that are in the early process of forming, or if they just represent variation within a species. Either way, it could change our understanding of coral biodiversity.”

Co-author Dr. Rob Toonen added “this study builds on previous work by Forsman and colleagues showing that species designations in the coral genus Porites were not well-defined, either. As more studies like this are coming out, we are getting a clear picture that we don’t really know which coral species names are valid and which are just different growth forms of common species.”

The open access journal Public Library of Science One (PLoS One) will be publishing the full research report this month by Forsman, Concepcion, Haverkort, Shaw, Maragos, and Toonen.

For more information on this research, contact Zac Forsman at zac@hawaii.edu.