Two CEOs Can Be Better Than One

COLUMBIA, Mo. – Many believe that two corporate heads are not better than one. However, a University of Missouri researcher has found that more companies have co-CEOs than previously though and that having two people in the senior leadership position is actually very successful for businesses.

“Americans have long championed captains and titans of industry, but this research shows that having two corporate leaders can work,” said Stephen Ferris, professor and director of the Financial Research Institute in the University of Missouri Trulaske College of Business. “In fact, co-CEOs are ideal in many situations, especially when the executives provide oversight of each other’s actions and provide complementary skill sets.” 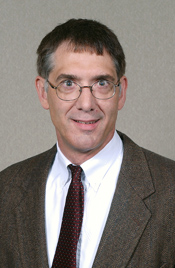 Stephen Ferris, professor and director of the Financial Research Institute in the University of Missouri Trulaske College of Business, found that more companies have co-CEOs than previously thought and that having two people in the senior leadership position can be very successful for businesses. Image credit: University of Missouri

Ferris identified 111 publicly traded companies featuring a co-CEO leadership structure between 1998 and 2008. A few notable companies with co-CEO arrangements include Bed, Bath & Beyond, American Eagle Outfitters and Research in Motion, the maker of Blackberry devices.

Ferris said co-CEOs are effective in corporations that have recently merged because the CEOs help ease assimilation of two corporate cultures. The arrangement also is ideal in a situation where a CEO has few natural checks, such as a weak board of directors or few institutional creditors that provide oversight and guard against improper or ineffective executive behavior.

Ferris found that co-CEOs stayed in their positions 4.5 years on average, comparable to the 6-year average of typical solitary CEO arrangements. Commonly, co-CEOs divide responsibilities with one person overseeing international sales and the other overseeing domestic sales, or with one in charge of finances and the other controlling operations. Ferris found that co-CEOs typically have complementary education and experience preparing them for their positions.

“When you look at compensation, the key figure is in stock grants and options,” said Ferris, who is also the J.H. Rogers Chair of Money, Credit and Banking. “These are given as incentives to CEOs to do the right thing for the company, since they have a stake in the game. However, in a co-CEO company, each CEO can provide oversight, eliminating the need to provide high incentive pay.”

Another financial boon to companies results when announcing the appointment of co-CEOs. Ferris found that the market reacted positively to co-CEO announcements, independent of a merger or other major business shift.

Ferris collaborated on the research with Matteo Arena and Emre Unlu, assistant professors at Marquette University and the University of Nebraska-Lincoln, respectively. Arena and Unlu worked with Ferris while earning doctoral degrees at the University of Missouri. The study was published in the August issue of The Financial Review.