Twitter can easily teach people about social movements such as Occupy Wall Street and even entice them to participate, according to a new study by a Michigan State University education researcher.

The social networking site – which lets users read, send and group together 140-character messages known as tweets – can actually be a better source of information than traditional news sources and online search engines, Benjamin Gleason reports in the journal American Behavioral Scientist. 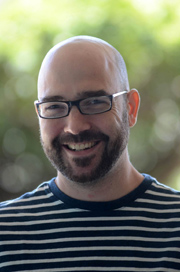 A study by Benjamin Gleason in the College of Education suggests Twitter can teach people about social movements and even entice them to participate. Image credit: Michigan State University

“Reading on Twitter about a particular topic will expose learners to multiple perspectives – far more than is possible by reading a newspaper or even doing a Google search,” said Gleason, a doctoral student in MSU’s College of Education. “Imagine how much more rich and complex our teaching and learning could be if learners brought such diverse ideas into the classroom.”

Gleason has been following Occupy Wall Street Twitter posts since the protest movement began in New York City’s Wall Street financial district in September 2011. He compiled a database of tweets – documenting whether each tweet linked to a photograph, video or website – to figure out how users specifically learned from them.

Users can “tag” tweets for grouping with a preceding “#” symbol, or hashtag. Gleason said tweets tagged “#OWS,” for Occupy Wall Street, contained a wide range of information about the movement.

Gleason was part of a previous study (led by Christine Greenhow, MSU assistant professor of education) that found Twitter has become a new literary format that is improving student learning.

Gleason said the research offers “powerful implications for formal and informal educational settings – the most critical being that using Twitter can complement formal teaching and learning.”

He added that he wants to see how students could use Twitter to learn about a complex topic of their own choosing.

“Basically, how young people read and write on Twitter may be similar to, and different from, reading and writing in other literacy spaces,” Gleason said. “The question is: how can we support the literacy practices that young people are currently engaged in – how can we validate the learning that’s already happening?”