Hidden Dangers in the Air We Breathe

For decades, no one worried much about the air quality inside people’s homes unless there was secondhand smoke or radon present. Then scientists at the U.S. Department of Energy’s Lawrence Berkeley National Laboratory (Berkeley Lab) made the discovery that the aggregate health consequences of poor indoor air quality are as significant as those from all traffic accidents or infectious diseases in the United States. One major source of indoor pollutants in the home is cooking.

The Berkeley Lab scientists are now working on turning those research findings into science-based solutions, including better standards for residential buildings and easier ways to test for the hazardous pollutants. These efforts are the result of a paper published in Environmental Health Perspectives in 2012 that described a new method for estimating the chronic health impact of indoor air pollutants. That research uncovered two pollutants that previously had not been recognized as a cause for concern—fine particles and a gas called acrolein. 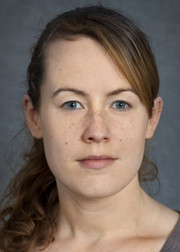 “There are hundreds and hundreds of pollutants in the home. If you can’t prioritize it makes it very hard to do anything,” said Jennifer Logue, the lead author of the paper. “As a result of this study, we can not only say that all our ventilation standards should focus on [fine particles] we can also say, hey this is a really big deal because it’s as damaging to the health of the U.S. population as traffic accidents.”

The average American spends 70 to 90 percent of their time indoors. Yet the ventilation standards in building codes meant to ensure decent indoor air quality are not based on science. “The standards are based on best engineering judgment,” said Logue, an air quality engineer in the Residential Building Systems Group at Berkeley Lab. “They were not rigorously scientifically established, mainly because scientific knowledge had been lacking until recently. We are trying to rectify that.”

Getting ventilation standards right is especially critical at this time with the push to make buildings more energy efficient, which means making them “tighter,” or less leaky, to reduce heating and cooling costs. If there is both indoor and outdoor air pollution, more ventilation is not necessarily the answer. “You can’t just think more ventilation is always better in terms of health,” Logue said. “If you’re in a dirty urban environment, more ventilation could make things worse.”

The Berkeley Lab scientists designed an impact assessment approach to quantify and compare the health hazards from 70 chemical pollutants. They used models and statistical analysis to calculate the exposure to an individual (taking into account, for example, age-dependent breathing rates) based on previously reported concentration levels and then calculated the health impact.

To compare the health impacts—which range from throat irritation to asthma to cancer—the scientists used a unit of measurement called a “DALY,” or disability-adjusted life year. The DALY is commonly used by the World Health Organization and others in the public health field as a way to combine loss of life with loss of quality of life in a single metric.

Their findings confirmed the hazards of three previously known indoor air pollutants—secondhand smoke, radon and formaldehyde—but uncovered two new ones, acrolein and PM2.5, or particulate matter less than 2.5 micrometers in diameter. “We know about PM2.5 in outdoor air, but it’s not something people thought about indoors,” Logue said.

The main source of acrolein is from cooking meats and oils. It is a genotoxic tissue irritant and was used as a nerve agent in World War I. PM2.5 has a variety of sources, including cooking, reactions caused by some cleaning products, any kind of combustion, such as burning candles or incense, and all the usual outdoor sources, such as vehicles and factories. Chronic exposure to PM2.5 affects both the respiratory and cardiovascular systems. “PM2.5 is driving all the chronic risk,” she said.

Berkeley Lab scientists are now trying to develop ways to address these hazards. Acrolein, which is in the same family of chemicals as formaldehyde, is not cheap or easy to test. The standard way to test aldehydes involves a cartridge with a compound that the pollutant can bond to. However, those bonds are not stable enough to measure when exposed to acrolein. Berkeley Lab researchers have developed a working prototype with a different type of compound and plan to begin field tests.

As for PM2.5 they are conducting further research to understand its size distribution and chemical makeup in order to create standards that would filter for it. “If we’re looking to develop an energy efficient method of filtering it, we need to know what it looks like,” Logue said. “We’re working on putting in the standards a filtration component, so you can’t just supply whatever air is outside. You have to actually make sure you’re supplying clean air.”

These changes could eventually become part of California’s Title 24, which governs all new construction in the state and is also adopted in some other parts of the country.

The other co-authors of “A Method to Estimate the Chronic Health Impact of Air Pollutants in U.S. Residences” are Phillip Price, Max Sherman and Brett Singer, all of Berkeley Lab. The study included only chemical pollutants and did not integrate biological pollutants, such as molds and allergens. Another limitation was that it looked only at exposure through inhalation and not other means of contamination, such as ingestion or skin contact.