*British singer-songwriter’s aggressive bass and soulful lyrics underscore the emotional impact and the beauty of the Web in a new TV spot.*

REDMOND, Wash. — March 5, 2012 — When the newest TV ad for Internet Explorer airs tonight, viewers will see powerful visuals and a message about how the browser brings the beauty of the Web to users. But it is what they will hear that will really strike a nerve: the powerful bass line beat and the soulful lyrics of Alex Clare’s new hit “Too Close.” The song, from Clare’s debut album, “The Lateness of the Hour,” is bringing the British singer to the attention of a new global audience.

Born and bred in southeast London, Clare is a rising singer-songwriter whose style reflects the bebop, blues, electronic and U.K. garage influences of his youth. Whether he’s performing live or recording, Clare works to bring together heartfelt lyrics and melodic lines with aggressive bass and percussion to let the full emotional impact of the song come through.

“I love recording because it really stretches you; it’s a different thing than performance — you use your intellect more than your emotion,” Clare says. “That’s how music gets written, writing off your emotions and impulses. Performance is more an emotional thing rather than an intellectual thing, but you can’t have one without the other. If you couldn’t perform, what’s the point of doing it at all?”

In “Too Close,” Clare couples powerful vocals and raw emotion with a pounding bass line, creating a stirring track that accompanies the ad’s powerful visuals. 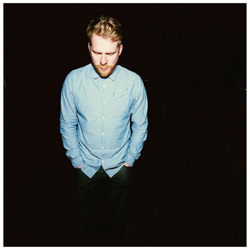 It was the emotional intensity of Clare’s song coupled with the depth and richness of sound that made film director Keith Rivers feel that “Too Close” was the perfect complement to the visuals and message of the Internet Explorer TV spot, which was to focus on making an emotional connection.

“What makes Alex Clare’s song so complementary to the advertisement is that it’s filled with uplifting energy and vocals that speak to what Internet Explorer stands for, a humble force powering your Web experience,” Rivers says. “The song carries you through a journey and re-energizes you, and Internet Explorer is all about that, giving the power to the user to focus on what you care about.”

That customer experience is at the heart of Internet Explorer, which provides users with a fast, fluid and rich experience that puts the focus on the Web. What is important to the Internet Explorer team is that people aren’t focused on the browser they’re using — they’re focused on the sites they love and the content they want to discover; the best thing a browser can do is get out of the way and let users experience the Web.

“The song and its lyrics are entirely about the emotional core, the consumer — the person using a browser,” Rivers says. “Emotional core has nothing to do with a browser; we know it isn’t about the browser. It’s about your personal experience of the Web.”

The Internet has become a crucial part of the creative process for musicians, making it even more important for the browser to put the sites and content firmly in the foreground. Clare knows from experience how important it is for musicians to get their work out to listeners and connect to their audiences as seamlessly as possible. 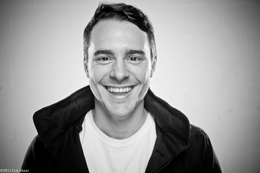 “When I first started out playing in bands, the scene in the U.K. was, ‘you have to be on MySpace.’ And that was totally it,” says Clare. “Now the Web has really changed how I make music; I can post a new piece online and have it instantly accessible to thousands of people around the globe. The Internet has been a massive help; without it, I think everything would take a lot longer to create and get out there.”

Rivers, an award-winning film director in his own right, worked closely with the Internet Explorer team to develop the TV ad. The immersive visuals and the clear, direct message about the beauty of the Web had to be complemented by just the right music to resonate with viewers. He knew “Too Close” would be a powerful choice because he himself was already captivated by Clare’s sound after friend and former “American Idol” contestant Blake Lewis introduced Rivers to the music shortly before he started working on the ad project.

“For weeks, I had Alex’s album on repeat in my car. I couldn’t get the soul-filled vocals, poetic lyrics and dubstep fusion off my palette, so I wrote him and asked if he’d want to work with us,” Rivers says. “Choosing Alex Clare was magic and truly a match made in heaven, given the energy that is building around Internet Explorer.”

Clare is performing live and working on his next album, but he doesn’t have a detailed master plan; rather, he’s working song by song and concert by concert, focusing on the fundamentals of writing and performing.

“I really don’t have a set goal; I just want to keep making music, and the album is just a part of this process,” Clare says. “Even if I was playing in the subways and tube stations, I’d probably be perfectly happy.”