The politics of climate change

U.S. residents who believe in the scientific consensus on global warming are more likely to support government action to curb emissions, regardless of whether they are Republican or Democrat, according to a study led by a Michigan State University sociologist.

However, a political divide remains on the existence of climate change despite the fact that the vast majority of scientists believe it is real, said Aaron M. McCright, associate professor in Lyman Briggs College and the Department of Sociology. 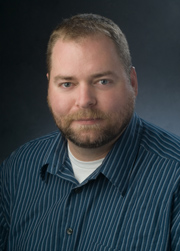 The study, in the journal Climatic Change, is one of the first to examine the influence of political orientation on perceived scientific agreement and support for government action to reduce emissions.

“The more people believe scientists agree about climate change, the more willing they are to support government action, even when their party affiliation is taken into account,” McCright said. “But there is still a political split on levels of perceived scientific agreement, in that fewer Republicans and conservatives than Democrats and liberals believe there is a scientific consensus.”

McCright and colleagues analyzed a Gallup survey of 1,024 adults who were asked about their views on climate change.

The results reaffirm the success of what McCright calls the “denial machine” – an organized movement to undercut the scientific reality of climate change during the past two decades.

McCright said the first step in dealing with climate change is getting both sides of the political spectrum to accept the scientific consensus. At that point, he said, policymakers can go about the task of coming up with an approach to combat it.

He said both government and industry should be involved in that effort.