THE FUTURE OF CLOUD SERVICES

There is still quite a bit of interest in cloud services, and still no small demand for them. Due to this, there’s been a rush by all manner of service providers, both old and new, to provide cloud offerings to hungry customers. Indeed, of the roughly 20,000 North American service providers, just about 20 percent of these offer cloud services at this time, and this number is expected to grow sharply over the next few years. Yet at the same time, there will be a lot of attrition among these providers, if only because many of these organizations are only regional in nature, and offer only a small array of products — most of them just one or two.

At least that’s what Ashar Baig, a research director at Gigaom predicts. He provided his view on the near future and the recent past of cloud services at the recent ITEXPO in Las Vegas, Nevada.

He thought that that most of the cloud providers that could provide only a small smattering of services would either be snapped up or be the larger service providers, such as tier 1 telcos like Verizon, AT&T or Sprint. Either that or they would quickly go out of business.

The future space for cloud service brokers didn’t look particularly rosy, either, he said. Cloud service brokers are the middlemen that contribute branded services from 3rd parties such as Salesforce, Carbonite, and many others. But, he said, because they typically do not bring any additional value to the equation, their turnover rates — their churn can be rather high. Their days may very well be numbered, unless they can find some way to bring special capabilities or sticky services into the mix. This advice, he added, actually applies to all of the cloud players equally. 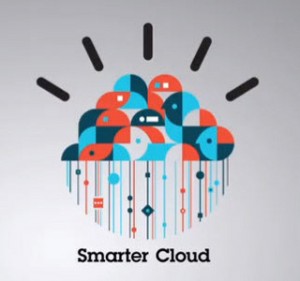 He observed that pricing of cloud services is decreasing, noticing that each of the major providers Microsoft, Google, and AWS have recently reduced their prices 50 to 60 percent. Differentiation will now have to center on other things, such as providing the most available service or delivering the lowest latency, now that cloud service costs have been lowered about as much as they can, and still allow the cloud providers to turn something of a profit.

There is good news in this as well. Baig said that there are several factors that favor cloud services. These include the recent economic decline that gave rise to lower employee headcounts, and also the growth in data, compliance and security requirements. These and other factors help to explain exactly why the number of cloud offerings in the current marketplace continues to grow, seemingly at an exponential rate.

Moving forward, he said that cloud security will also increase significantly. We’ll also see them introduce significantly higher value services (such as BC/DR offerings in opposition to only simple backup, as only one example); and additional specialization that will address the needs of specific vertical markets.

Michelle Patterson is excited with the new technologies that are threatening to change the way we stay in touch and communicate, particular in business. She works with companies that are introducing these technologies to make understanding them easy for regular people.