Hillary Clinton’s paid speeches – a ‘secret’? – not any more. But how much she was paid for each speech?

According to The Guardian – ‘her minimum fee was $225,000 per speech’ and her hosts make a long list of banks, securities firms and other financial institutions. 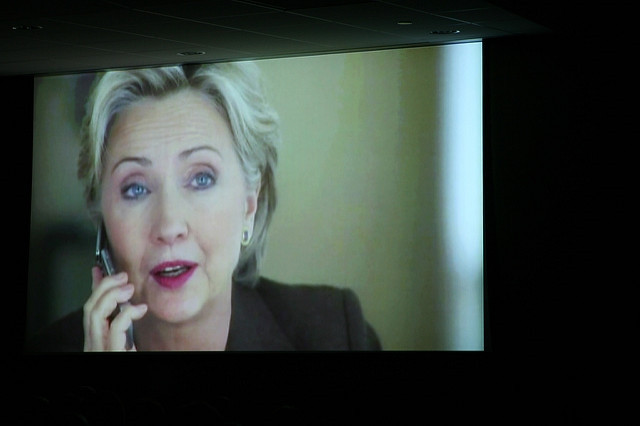 Between 2013 and 2015 Hillary Clinton made 94 paid speeches that earned her about $22 Million (Image credit: Quinn Dombrowski, Source: Flickr)

In the name of serving solely the people, she served the tech + telecommunication firms (like Verizon Communications), banks (like Morgan Stanley, Goldman Sachs), industry giants (like General Electric), and they didn’t sponsor the events for nothing. In return they could lobbying better and have the government contracts in their pockets.

Why should it interest us?

Because if this would be the nature of someone who was twice First Lady of the United States (1993 to 2001), later served as foreign secretary (2009 to 2013) and now wants to return to power as ‘President’ of the country, then its her sponsors who are the real beneficial in the whole game. So, its them who will open the cork of the Champagne! Rest will only ‘cheers’ on streets.

John Podesta, a well-known Clinton Aide (Wikileaks had plenty of revealations about his email correspondence) recently tweeted about Hillary Clinon’s climate plan, let’s say a so-called ‘green America’. The first agenda is to ‘power every home in American with renewable energy’. Sounds great! 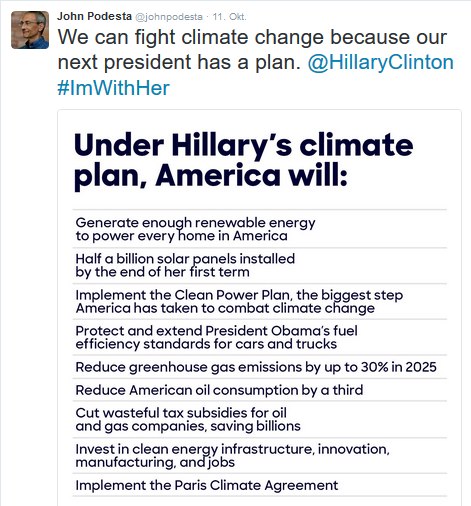 And why not? Recently we learnt Amazon and Apple are investing heavily in ‘green energy’. Google is already in the business quite some time. Interesting is, The Wahsington Post which supports strongly Mrs. Clinton in this year’s presidential campaign, owned by Jeff Bezos, owner of Amazon. Things match perfectly.

So the renewable green energy that will ‘light’ every home in America will be either generated directly by these tech giants or through any of their subsudiary companies.

Shackles on every feet (or in every home) in every possible way – is just (may be) a few weeks away.