Fear can play a role in influencing political attitudes on hot-button issues like immigration, according to new research co-authored by Brown political scientist Rose McDermott. The study, published in the American Journal of Political Science, shows that individuals who are genetically predisposed to fear tend to have more negative out-group opinions, which play out politically as support for policies like anti-immigration and segregation.

PROVIDENCE, R.I. [Brown University] — It’s no secret that fear is a mechanism often used in political campaigns to steer public opinion on hot-button issues like immigration and war. But not everyone is equally predisposed to be influenced by such a strategy, according to new research by Rose McDermott, professor of political science, and colleagues published in the American Journal of Political Science.

By examining the different ways that fear manifests itself in individuals and its correlation to political attitudes, the researchers found that people who have a greater genetic liability to experience higher levels of social fear tend to be more supportive of anti-immigration and pro-segregation policies. Thus far, research examining the link between fear and political attitudes has seldom accounted for trait-based fear, with transitory state-based fear being a more common focus area. 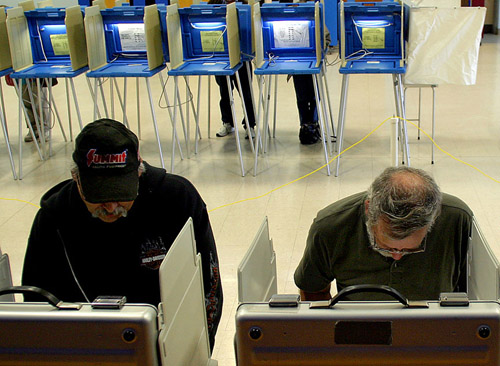 The politics of fear. Researchers at Brown have found that a genetic predisposition to fear correlates with political attitudes about out-groups and issues — immigration, for example. Image credit: Mike Cohea/Brown University

Using a large sample of related individuals, including twins, siblings, and parents and children, the researchers first assessed individuals for their propensity for fear using standardized clinically administered interviews. Looking at subjects who were related to one another, the researchers were able to identify influences such as environment and personal experience and found that some individuals also possessed a genetic propensity for a higher level of baseline fear. Such individuals are more prepared to experience fear in general at lower levels of threat or provocation. 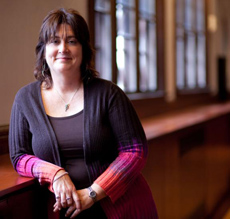 Next, the researchers surveyed the sample for their attitudes toward out-groups — immigrants in this case — as well as toward segregation. Participants were also ranked on a liberal-conservative partisanship scale depending on how they self-reported their political attitudes.

The researchers make clear, however, that genetics plays only part of the role in influencing political preferences. Education, they found, had an equally large influence on out-group attitudes, with more highly educated people displaying more supportive attitudes toward out-groups and education having a substantial mediating influence on the correlation between parental fear and child out-group attitudes.

“In this way, the definition of unfamiliar may shift across time and location based on experience and education, and a genetically informed fear disposition is hardly permanent or fixed,” the researchers wrote.

McDermott said that while more research is needed to determine how various genetic, biological, and developmental pathways influence fear and what other factors might influence attitudes in concert with these forces, there are still several takeaways to the study, not least of which is how political campaigns might be manipulated to affect some people more than others.

The study also highlights the role emotion plays in the political process.

“We can roll our eyes and get really frustrated at Congress for being paralyzed, but we’re applying a rational perspective to it because we’re detached. But we have to recognize that a lot of what’s driving the paralysis and disagreement has to do with emotional factors that are not necessarily amenible to or easily shifted by rational arguments,” McDermott said.