COLUMBUS, Ohio – Government regulators could more realistically assess the value of improving food safety if they considered the fact that consumers typically want to avoid getting sick – even if it means they have to pay a little extra for safer food, researchers say.

In the world of food regulation, cost-benefit analyses are a primary tool for assessing the societal benefits of mandating more stringent – and more expensive – processing practices. In most cases, regulators determine a dollar value associated with pursuing new rules by estimating how many illnesses and deaths the safer processing would prevent.

But a recent study proposes a new way to approach these estimates. Instead of focusing on reducing food-borne illnesses and deaths associated with a specific pathogen, why not ask consumers how valuable food-safety improvements are to them? The researchers conducted such a national survey that they designed with the help of an economic model that predicts consumer behavior. 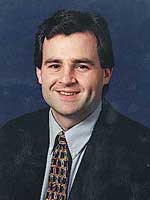 The results suggested that Americans would be willing to pay about a dollar per person each year, or an estimated $305 million in the aggregate, for a 10 percent reduction in the likelihood that hamburger they buy in the supermarket is contaminated by

By comparison, a 2008 U.S. Department of Agriculture analysis estimated the value of eradicating a specific type of E. coli contamination from all food sources would result in a benefit valued at $446 million.

The problem with the federal estimate, Roe says, is that total eradication of the most common causes of food-borne illness is virtually impossible because of the exorbitant cost required to achieve such a goal. And, he added, the more flexible method of measurement proposed in this study suggests that consumers are willing to pay more than expected for an outcome that offers much less than total eradication of pathogens.

“We think what we are measuring is more realistic, as complete eradication is a highly unlikely outcome for any policy,” Roe said. “We also are quite certain that our estimates of consumers’ willingness to pay would be higher than what the USDA would calculate using its cost-of-illness approach.”

Roe conducted the study with Mario Teisl of the University of Maine. The research is published in a recent issue of the journal Food Policy.

The researchers say their proposed method takes into account important variables that the average cost-benefit analysis doesn’t measure, such as pain, suffering and worry, as well as food-borne illness that doesn’t do any economic damage to an individual – their example is a case of food poisoning on a Friday night that resolves before the work week begins. Their estimate also accounts for human behavior: Some consumers will opt not to eat what they buy, will overcook it to ensure they kill any pathogens, or simply do not get sick even when they eat bad food.

In contrast, current methods of cost-benefit analysis involve translating an improvement in food safety into numbers: specifically, reductions in deaths and illnesses linked to a pathogen. Costs factored into the assessment might include a co-pay for a visit to the doctor and lost wages, as well as the economic costs associated with death – say, the projected income not earned when a life is cut short.

For example, to reach its $446 million estimate to eradicate E. coli cases that produce Shiga toxin and can lead to kidney damage, the USDA took the 73,480 cases of contamination that occur each year and assigned a formula-derived dollar amount to those cases to arrive at the benefit figure.

“The projections will estimate how many fewer people will die, how many fewer will get sick, and how do we assign benefit values to those improvements in the human condition,” Roe said. “What we’re saying is, let’s think of a method where we can assign a value to that avoided case as well as one for a person who misses work and pays $20 to go to a doctor.

Roe and Teisl analyzed surveys from 3,511 individuals. In the questionnaire, they set up six hypothetical scenarios around the purchase of either a package of hotdogs or a pound of hamburger. They set prices for the packages – both “status quo” foods and those treated with either ethylene gas processing or electron beam irradiation to reduce contaminants – and then laid out a variety of probabilities that the treated or untreated food packages contained contamination with either E. coli or listeria, another pathogen that can cause food-borne illness.

They followed by asking respondents to choose one of three actions: buy the food treated with the pathogen-reducing technology, buy their usual brand, or stop buying this product altogether.

The results showed that consumers will reach a limit to how much they want to pay to reduce their chances of getting sick. If the treated product cost only 10 cents more than an untreated package, about 60 percent of respondents said they’d buy the improved product. But when that higher price reached $1.60 more per package, less than a third would opt for the treated product.

The structure of the survey also allowed researchers to see the influence of human behavior and opinions on likely illness outcomes.

“A lot of other research is about what goes into your mouth. But you have a lot of leeway between when you pick food up in a store and when you decide whether you’re going to take a bite,” Roe said. “What we’re saying is this is not just about people who got sick, it’s about everyone who could become sick and is worried about that and is willing to shell out a few more pennies per package to avoid that.”

Roe noted, though, that these specific numbers are less important than the method used to reach them. He said the model used in this research to construct the hypothetical scenarios could be customized for a variety of different regulatory questions.

“If the food industry were forced to put technology in place that lowered the presence of E. coli and that ramped up prices to the extent where everybody had to pay about a dollar more out of pocket each year for hamburger, we’re saying that, according to this model, that would be about an equal tradeoff for the U.S. population. And if the technology costs only about 10 cents per person instead, that would seem like a good deal to most people,” he said.

“If regulators could become more comfortable with this measurement process, agencies might change the way they conduct their cost-benefit analysis. And that would be an interest of ours, to see if our work and others’ work in this area will eventually change the way people attack these questions.”

This research was supported by the Centers for Disease Control and Prevention; the University of Maine Agricultural and Forest Experiment Station; the Ohio Agricultural Research and Development Center; and the Marvin and June Morrison Chair in Agribusiness at Arizona State University.