The study involved an examination of 225 U.S. metropolitan areas between 1980 and 2008 to gauge how sustainable their transportation practices were and determine what kinds of socioeconomic factors appeared to influence those practices.

Overall, transportation has become less sustainable across the country over this period, but some communities have slowed the decline more effectively than others.

Among the best at slowing that decline were Seattle, Las Vegas and even Los Angeles, which owes its success to fewer-than-average solo commuters and relatively high public transit use, the research suggests. In contrast, transportation sustainability declined more quickly than average over those years in such cities as Pittsburgh and New Orleans. 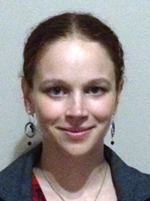 Ohio State University scientist Anna McCreery analyzed the effects on what she calls transportation ecoefficiency, which is an index of four scores: percentage of commuters driving alone to work (fewer is better), percentage of residents taking public transit and percentage walking or riding a bicycle to work (more of both of these is better); and population density (more people per square mile reduces driving distances).

At least two influences in particular stood out in the analysis: Metropolitan areas in states that require comprehensive planning slowed the reduction in transportation ecoefficiency between 1980 and 2008, and communities with a higher per-capita income were more likely to have improved their transportation systems over that span of time. The two factors also interacted with each other, meaning that higher-income areas made the planning even more effective.

“Almost every city has declined in transportation ecoefficiency because we have become more automobile dependent and more spread out so people tend to have to drive farther,” said McCreery, author of the study and a postdoctoral researcher in Ohio State’s Mershon Center for International Security Studies.

“The findings suggest that planning efforts are worthwhile, and that higher real per-capita income enhances the benefits of community planning, possibly through better implementation,” said McCreery, also a lecturer in sociology at Ohio State.

McCreery presented a poster on the research Tuesday (10/2) at EcoSummit 2012, an international conference held in Columbus.

The 225 communities assessed in this study are those designated as metropolitan statistical areas by the U.S. Census Bureau. Though several factors determine this designation, McCreery noted that the sample represents cities with a population of at least 100,000.

She used census data for the analysis, but because the 2010 census data were not yet available, she used 2008 data from the ongoing American Community Survey, which is also collected by the U.S. Census Bureau.

McCreery assigned scores for states’ comprehensive planning mandates that indicated whether states had a strong law, a weak law or no mandate for communities to plan. Communities use comprehensive plans to specify how to shape future policies in areas that include transportation, land use, recreation and housing. And though McCreery has analyzed the potential effects of a number of socioeconomic factors on transportation, she narrowed this presentation to the effects of per-capita income.

She then applied statistical analysis to determine the effects of these two factors on the change in each community’s transportation ecoefficiency score.

The analysis showed that state-mandated urban growth management had a positive effect on the change in transportation ecoefficiency, meaning that metropolitan areas subject to those mandates experienced a smaller decline in sustainability between 1980 and 2008. In addition, the analysis showed that higher income per capita enhanced the benefits of that planning mandate.

“There’s an interaction between state-mandated comprehensive planning and real income per capita so that when you have both, it makes an even bigger difference than if you have either one separately,” McCreery said. “One way of tentatively interpreting this finding is to say that when it comes to economics and the environment, maybe those aren’t incompatible for transportation. Chances are that having higher incomes provides more revenue for local governments so they could engage in better planning or better implementation of their plans.”

Previous research has suggested that generous federal funding of highway construction through a gas tax promotes continued car use.

“For alternative transportation options like public transportation or infrastructure for walking and cycling to get funding, they have to fight a little harder. That’s why they’re alternative. The norm is using a car,” McCreery said.

But there might be a bright spot. A trend line of transportation ecoefficiency scores suggests the decline in sustainable transportation among U.S. cities slowed between 2000 and 2008 after steep declines, especially up until 1990.

“It’s possible we’re in the early stages of some changes and maybe we’ll see a reversal of the downward trend. Some metropolitan areas may have a head start on a future increase in transportation ecoefficiency,” she said.