Spacecraft Observes Evolution of Conditions at Edge of Solar System

WASHINGTON — Conditions at the edge of our solar system may be much more dynamic than previously thought, new observations suggest. Future exploration missions are expected to benefit in design and mission objectives from a better understanding of the changing conditions in this boundary region.

The new findings were published this week in the Journal of Geophysical Research – Space Physics, a publication of the American Geophysical Union.

NASA’s Interstellar Boundary Explorer, or IBEX, has now produced a new set of “all-sky” maps of our solar system’s interaction with the galaxy, allowing researchers to continue viewing and studying the interaction between our galaxy and sun. The new maps, created using data collected during six months of observations, reveal changing conditions in the interstellar boundary region that separates the nearest reaches of our galaxy, called the local interstellar medium, from our heliosphere — a protective bubble that shields and protects our solar system.

IBEX generates sky maps by measuring and counting particles referred to as energetic neutral atoms that are created in the interstellar boundary region. In October 2009, scientists announced that the first map data produced by IBEX revealed an unpredicted bright ribbon of energetic neutral atoms emanating toward the sun from the edge of the solar system. This discovery was unexpected to scientists, because the ribbon of bright emissions did not resemble any previous theoretical models of the region. 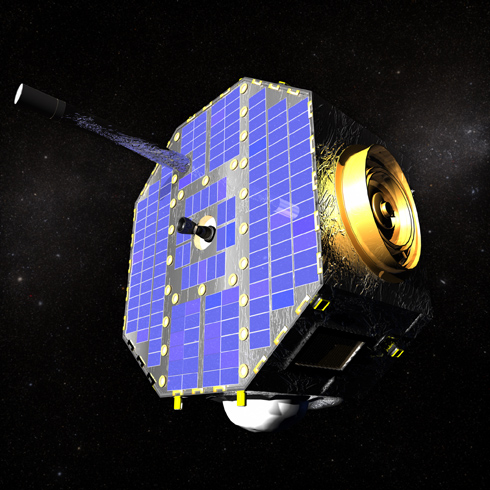 With the latest set of maps comes further new perspective. “Our discovery of changes over six months in the IBEX ribbon and other neutral atoms propagating in from the edge of our solar system show that the interaction of our sun and the galaxy is amazingly dynamic,” said David J. McComas, IBEX principal investigator and assistant vice president of the Space Science and Engineering Division at Southwest Research Institute in San Antonio. “These variations are taking place on remarkably short timescales.” The brevity of the timescales is striking given that the sun follows an approximately 11-year cycle and that the interstellar medium through which the solar system travels is thought to be nearly uniform over vast distances.

The maps made from IBEX data help delineate the interstellar boundary region, which shields our solar system from most of the dangerous galactic cosmic radiation that would otherwise enter from interstellar space. IBEX’s neutral-atom imaging technique is required since the boundary region emits no light that can be collected by conventional telescopes. The interstellar boundary is where charged particles from the sun, called the solar wind, flow outward far beyond the orbits of the planets and collide with material between stars. These collisions cause energetic neutral atoms to travel inward toward the sun from interstellar space at velocities ranging from 160,000 to more than 3.9 million kilometers per hour (100,000 mph to more than 2.4 million mph)

“This situational awareness provided by IBEX shows our place in space is not constant,” said Dick Fisher, director of the Heliophysics Division in NASA’s Science Mission Directorate at the agency’s Headquarters in Washington. “Better understanding of the dynamic environment of space is vital for successful planning for future exploration.”

The IBEX spacecraft was launched in October 2008. Its science objective was to discover the nature of the interactions between the solar wind and the interstellar medium at the edge of our solar system.

The Southwest Research Institute developed and leads the IBEX mission with a team of national and international partners. The spacecraft is one of NASA’s series of low-cost, rapidly developed missions in the Small Explorers Program. NASA’s Goddard Space Flight Center in Greenbelt, Md., manages the program for the agency’s Science Mission Directorate.