SOS – Save Our Sharks

It is the opposite of biting the hand that feeds you. This time around, it is a group of people who have been victims of shark bites campaigning to save this endangered animal: every year around seventy-three million sharks are slaughtered.

In a move coordinated by the Pew Environment group, nine survivors of shark attacks from five countries (USA, UK, Australia, South Africa and France) have taken the fight to save this animal to the United Nations Building in New York. This week the UNO meets to make its annual report on the Millennium Development Goals, among which are targets to protect biodiversity. The move was summed up by Florida shark victim Debbie Salamone, who lost her Achilles tendon: “If a group like us can see the value in saving sharks, can’t everyone?”

Commercial fishing has driven the shark to the brink of extinction

Around 73,000,000 sharks are slaughtered every year – close to a billion each decade, many of them having their fins lopped off to make shark fin soup before being thrown back into the water, to die. Only around 40 countries have implemented shark management plans to protect these fish, thirty per cent of whose species are now under threat of extinction, while a further 47 per cent face the possibility of becoming endangered. 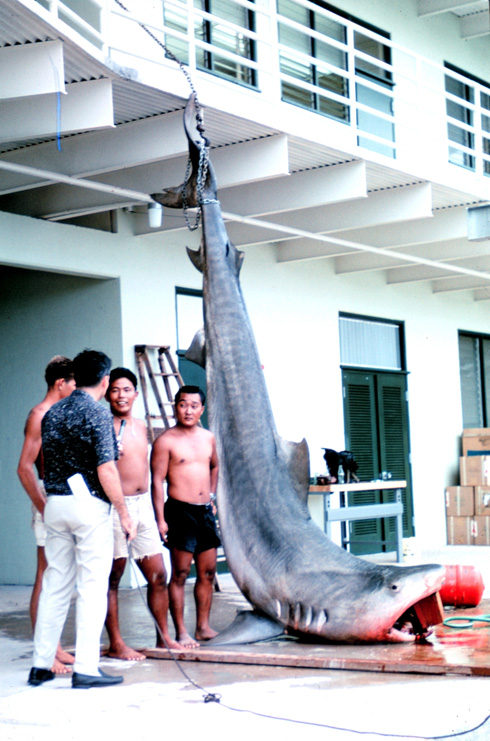 Paul de Gelder, an Australian Navy diver, asks “Do we have the right to drive any animal to the brink of extinction before any action is taken?”

The answer is neither do we have the right, nor should we, because there is clear evidence that if the shark, one of the main predators at the top of the food chain, like humans, is removed, then this will disrupt the balance of the life in the Oceans and could have extremely negative consequences.According to the UNO, scientists have found a direct link between a decline in shark populations and a decline in the health of coral reefs. It appears without the sharks to cull the fish, the reefs become barren, are attacked by algae and die.

2010 is the International Year of Biodiversity but it is also one in which the shark, which has been swimming in our seas since before the dinosaurs came along, is facing extinction due to over-fishing. Since the 1970s, certain species of shark along the US Eastern Coast have declined in number by some 80%, while in Europe the figure is even worse, standing at 90%. Some Mediterranean species, such as the shortfin mako, porbeagle, thresher and hammerhead sharks have declined by 97%. They are almost extinct.

Certain countries have taken very positive measures. First Palau (Pacific Ocean, 2009) then the Maldives (Indian Ocean, 2010) declared their international waters shark sanctuaries and currently the Pew Group is working for the passage of a Shark Conservation Act in the USA.

What is needed is for a worldwide ban on finning sharks at sea and for a limit to be established as to the number of sharks that can be caught. Whether or not these are universally implemented or respected is another matter.

It seems that Mankind will only wake up one day when it is too late, when we have decimated all the life around us and polluted the Planet beyond repair. Then it will be Mother Nature’s turn to get rid of us and go back to a perfectly harmonious existence.